Can You Get Sunburn Even When It’s Cloudy or Cold? 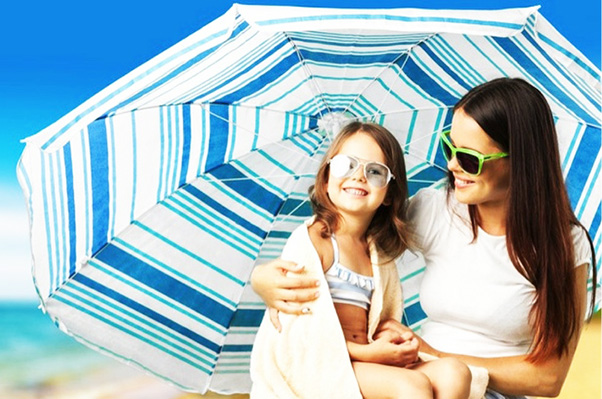 Do you skip wearing sunscreen when it’s cloudy outside or throughout wintertime? Then this article is for you. Continue reading to find out whether or not you are doing a smart move by ditching that sunscreen.

When the day is a cloudy one, it’s true that there is not a lot of sunlight available. This makes a lot of health- as well as beauty-conscious individuals think that it is an opportunity to engage in all sorts of outdoor activities, believing that their skin is safe from deadly cancer, premature aging and darkening.

And because they think that their skin is out of harm’s way, they tend to leave out applying sunscreen.

While it’s true that the amount of sunlight is diminished during a particularly cloudy day, scientists say that there are still lots and lots of UV rays around. So in other words, those harmful radiation waves from the sun are able to penetrate clouds — your skin can still be bombarded with excessive amounts of UV rays even on the cloudiest day.

So can you get sunburn even when it’s cloudy outside? You betcha!

No matter the type of clouds you can spot in the sky, it’s still very important for you to generously apply sunscreen most especially on areas of the body that are not concealed by your clothes.

Also Read   Supplements that Can Make Your Hair Healthier

Putting on a wide-brimmed hat and arming yourself with an umbrella during a cloudy day is also a wonderful idea to ensure that no amount of health- and beauty-wrecking radiation waves coming from the sun can touch your skin. Don’t pay attention to those stares — it’s a very small price to pay for being smarter than everybody else!

So what about during winter? Can you still end up sunburned?

A lot of people think that they are safe from the dangers of the sun, in particular the UV rays it sends out, when it’s winter. However, experts say that for as long as the sun is in the sky, no one is safe from the radiation waves it is emitting.

Then you also have to worry about what’s known as snow burn, the kind of sunburn that you can get from the snow. It’s plain to see that snow is a very good reflector of sunlight. However, it’s not just the light of the sun that snow is capable of reflecting, but also UV rays. But snow does not just cause UV rays to bounce against it — it also doubles the amount of those harmful radiation waves, according to experts.

If you think that running to the mountains is a great idea just to safeguard your skin from those harmful UV rays, think again. It’s common knowledge that the amount of radiation from the sun is greater at higher altitudes!

In a nutshell, it’s of utmost importance for you to apply sunscreen generously every single day — even when it’s cloudy outside or during winter.

Also Read   Keep Aging at a StandStill
Sourcedoctordoctor.com.au
Previous article
Head Cold: What It is and How to Deal With It at Home
Next article
Tips for Chronic Inflammation

5 Steps to the Perfect At-Home Facial

Drinking Water at the Proper Time

Tips to Get the Softest Skin Ever