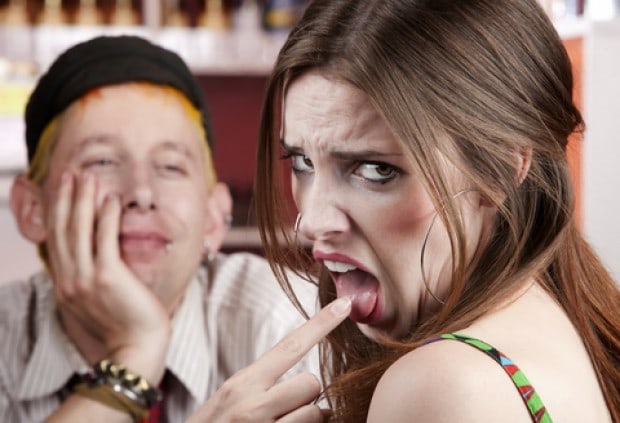 MegWright
Many people believe that the reasons men fail at dating
women are so varied because of the unique personality of people. What they do not realize is that there are actually reasons that can be generally cited that lead to disastrous dating experiences for both men and women. It is necessary to point out that the
failure of men can be disappointing for both people because definitely, they are looking forward to a promising evening with a more positive future.
The importance of understanding these general reasons will allow men to get themselves in the proper mindset that will make the dating experience more successful, memorable, and satisfying. Regardless of the underlying motivation why men attempt to date women, having a better understanding of the potential failure points will increase the chances for success. Here are some of the
reasons men fail at dating women.

Everything begins with the proper approach. This is an important issue to understand, because it would be impossible to have a successful dating experience, if men do not know how to properly approach women. Among the reasons men fail at dating women, this is definitely the most common one. Men have to understand that if there is no positive response, they must learn to move on and try to meet other women. Men usually make the wrong approach because they feel either they have to put up a front, or they expect every woman they talk with to respond positively. The reality is that the best way to approach women is for men
to be themselves, if that is not enough, meaning they do not elicit a positive response, then they must accept that they should look for another woman.

2. Giving in to preconceived notions.

It is inevitable that majority of those in the dating scene already have a preconceived notion about women. These preconceived notions are usually the product of past experiences, or those of their close friends and family. It is not uncommon to find men in the dating scene who think that women are just after their money, or other material belongings. Some even believe that it is impossible to find women who are capable of providing the type of emotional needs that they have. All of these preconceived notions are contributory factors that will ensure men will fail in their dating life. Not only will these create a huge obstacle
that will prevent men from a satisfying dating experience, it can also jeopardize any potential lasting relationship with women. This negative mindset defeats the entire purpose of dating women, and unfortunately is one of the unconscious reasons men fail to find the right woman.

It is no secret that many men on the dating scene fail to
realize the extreme value of learning how to listen. One of the
best foundations of any relationship is the ability to communicate with your partner. One of the common reasons men fail at dating women is that they create an atmosphere where either they keep on talking about themselves, or they hear, but do not listen to what women are saying while dating. Mastering the art of active listening can make a woman feel that she wants to be with you for hours on end. Active listening is simply the ability to pause, and hold your thought, to give your date time to express what is on her mind. When this type of exchange is established during a date, it moves from simply talking, to having a meaningful and fruitful conversation. Men should remember that when a conversation takes place, the date will move from the physical to the emotional plane, which makes long-term relationships a possibility.

Not all men have the confident and dominating quality that everyone thinks. There is a good number of the male population who are not quite sure of themselves, which essentially keeps them away from the dating scene. The most common problem for these men is that because they lack the confidence, they feel women will never like them. They make the generalization that women are too pretty for them or that they do not stand the chance of looking attractive to women.Men have to realize that there are many women who have the same type of insecurities as well. It is true that it is quite difficult to put yourself out on the dating scene, especially with this lack of confidence, but if you ever want to have the chance to succeed, you must at least be willing to try. Men should keep in mind that if they cannot put a good value on themselves, women will never see their true worth, and they will forever fail in the dating scene.

For most men, before they go out on a date, they usualy make
preparations like reserve the restaurant, but flowers, and other similar things. They also plan on what to do as well as things to
say to ensure that the dating experience becomes a good one.
Unfortunately, despite all these preparations and planning, the problem kicks in during the implementation stage of the date.
For whatever the cause, one of the reasons men fail at dating women is because they cannot implement what they have practiced. Men fail to realize, that by doing all of these preparations and planning, they are forgetting to bring out the best in themselves during the date. As a result, women they go out with do not see them as worth having a second date with. Because they become so mechanical, the fun and pleasure of dating becomes totally lost.
Dating, like almost anything, can go a lot easier if you know how to go about it properly. Understanding the reasons men fail at dating women will educate them on how to have a healthier, more enjoyable, and more satisfying dating life.
Also Read   Essential Oils to Keep Split Ends at Bay
Previous article
Why You Should Use Lemons in Juicing
Next article
Tips On Maintaining a Low Sugar Diet

10 Inflammation Fighting Foods You Should Add to Your Diet