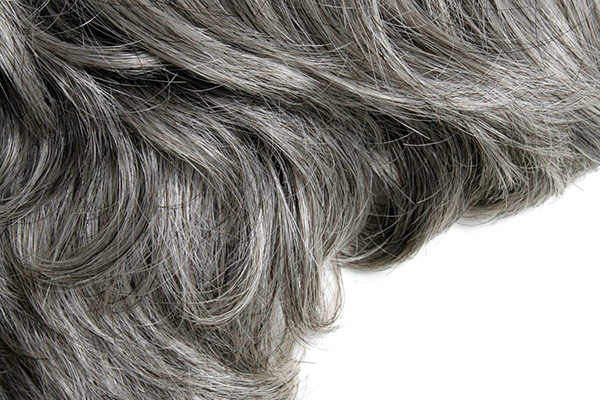 Steps for DIY at Home Facial

White hair could be a sign of aging, since most people’s hair turns gray or white as they age. Since some people want to look youthful, regardless of their age, they are willing to bring back the color of their hair to its previous state. The following are the causes and home remedies for white hair.

White hair has several causes. In anatomy and physiology, as cited by Live Strong, the hair follicles stop melanin production. Melanin is the pigment that gives color to the integument – the hair and the skin. While it is the usual process, some people start having white hair before they reach 30 years old, which may affect them emotionally and socially.

As per the publication, four factors may cause whitening of the hair. First is heredity; a person’s hair is likely to turn white if his parents’ hair turned white at an early age. The second cause is vitamin deficiency, particularly lack of vitamin B. This vitamin deficiency is associated with pernicious anemia, a condition in which the body fails to absorb the vitamin from the bloodstream. Another cause is thyroid disorder, as failure of the thyroid gland to produce adequate thyroid hormone leads to premature graying of the hair. Finally, smoking may also increase the chances of having gray or white hair in people, as per Leigh Infirmary London expert J.G. Mosley.

Also Read   What is the Fatty Liver Diet?

The following are the remedies a person can use to manage whitening of hair.

One remedy for white hair is black tea. According to Bellatory, black tea is effective with premature graying of hair, in addition to its simplicity in preparation. As per the publication, the ingredients are two tablespoons of black tea leaves and water. To prepare, the tea leaves are boiled in water. Once done, the tea is allowed to cool down to room temperature. Then, the tea leaves are strained and are applied to the hair. For people with long hair, the tea preparation is poured into a small spray bottle, which is used to spray into the hair. A good practice is to use a brush to spread the tea evenly. After an hour, the tea is rinsed with cold water. Shampoo is not used.

Also Read   Three Ways to Stop a Pimple from Growing

Two other white hair remedies include lemon juice and gooseberry. According to Search Home Remedy, gooseberry is capable of treating almost every ailment, such as hair problems, skin infections, stomach problems, and obesity. As per the publication, the powdered gooseberry is mixed with lemon juice and is applied on the hair and the scalp. It is added that doing this on a daily basis will turn the hair black in few days.

Carrot seeds oil is another remedy for white hair. According to Find Home Remedy, it restores the hair’s lost color. To prepare, the person takes half teaspoon of the oil and adds it in four teaspoons of sesame oil. Then, the mixture is applied on the scalp and hair roots. Then, the hair is washed with warm water, along with mild shampoo. The preparation can be stored in the refrigerator for one month period.

Also Read   Can Glutathione Reduce or Prevent Pimples and Acne?

Since vitamin B deficiency is one of the causes of white hair, increasing the body’s intake of the vitamin may reverse the hair color. According to Style Craze, some food selections that are rich in vitamin B include eggs, milk, cheese, lamb, beef, pork, and seafood. This way, effects of vitamin B deficiency, such as pernicious anemia, will also be reduced.

A person’s hair becomes white as he ages. In this regard, certain therapeutics and home remedies can be done to manage the condition.

Sourceorganicfacts.net
Previous articleReasons to Include Red Wine Vinegar in Your Diet
Next articleMust-Know Beauty Tips with Coffee

How to Get Rid of Smoker’s Wrinkles

The Relationship Between Postural Problems and Osteoporosis

Steps for a Morning Routine

Flatten Your Belly With These Yoga Moves