Surgery: Tips on what to do after operation 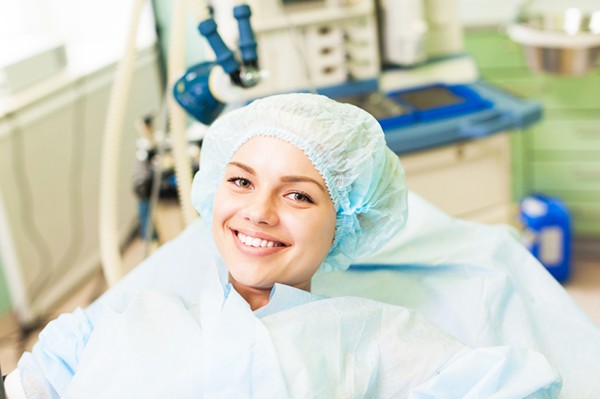 Tips on How to Effectively Manage Cracked Feet

Foods to Help Beautify Your Skin

Surgery is one of the treatments of choice of a doctor, aside from therapies like pharmaceutics. The procedure involves administration of local or general anesthesia, as well as incision, making it invasive in nature. With prevention of complications as part of the goals post-operatively, the following are some tips on what to do after the operation.

Infection is one of the common complications of surgery, since it involves incision of the skin and manipulation of the internal body organs. So, it is vital to perform measures that prevent infection. Handwashing stands as the most effective measure to prevent infection. This is done before and after contact to various surfaces, as well as before and after eating and after going to the rest room. The person should not touch the surgical or incision site to prevent introduction of microorganisms that cause infection. Usually, the patient or the significant others are also instructed by the doctor on how to perform dressing change and application, but they may also be told that the nurse may perform the dressing change in the clinic or hospital. As per Very Well, the appearance of the surgical site should also be checked to check for signs of infection like redness or discoloration, swelling, presence of pus, and a foul smell. The doctor should be informed if the aforementioned symptoms are present.

Due to the incision during and after surgery, blood loss is another complication of surgery. According to Joint Commission International Center for Patient Safety co-director Peter B. Angood, as cited by Web MD, the doctor will be checking for signs of bleeding post-operation to assess for hemorrhage and blood loss. The nurse will also check for the amount of fluids given and the urine output to determine fluid balance. In the recovery room, the person is given fluids through the veins. Once the person regains consciousness, he is advised to inform the health care provider once bleeding is present.

Proper nutrition helps promote tissue recovery post-surgery. Food choices that are high in protein, vitamin C, and zinc are the best options, since they facilitate tissue repair. Examples are chicken, fish, egg, milk, and nuts; however, they should only be consumed after the physician has allowed to do so . Usually, the person does not eat anything a few hours post-surgery (if under general anesthesia) and then gradually resumes to liquid diet and then the regular diet. According to Live Well, sports drinks and sugary foods should be avoided, as the former retains sodium and water while refined sugar leads to increased fatigue.

Early ambulation or movement is another way to promote recovery after the operation. According to UW Health, walking promotes blood circulation and oxygenation throughout the body. Thus, it also promotes normal respiratory function, muscle tone, as well as gastrointestinal and urinary tract function. Usually, the person is instructed to dangle his legs at the bedside, to prevent sudden dizziness, before moving from the bed to a chair or wheelchair.

The person may also perform deep breathing exercises for relaxation and coughing exercises to expel secretions, preventing complications like pneumonia. However, these should be done properly; otherwise, dehiscence and evisceration will result. Dehiscence is the opening of the surgical incision while evisceration when the internal organs like the intestines comes out from the site. When these happen, the person calls the nurse and the nurse puts a dressing soaked with normal saline and refers to the physician for restitching of the site. Thus, deep breathing and coughing exercises should be done properly.

Surgery is a treatment done as part of the medical management of disorders. It is vital to prevent complications to promote recovery. Seeking medical consult with a doctor is also a great move if signs and symptoms of post-surgical complications arise.

Sourcevitamedica.com
Previous articleBlanching of the Skin: Causes and Other Important Matters
Next articleFacial Exercises That Eliminate the Need for Plastic Surgery

How to Clean Your Make Up Brushes Properly

Top 10 Sports that are Absolutely Fun to Play