Beware of These Chinese Products! 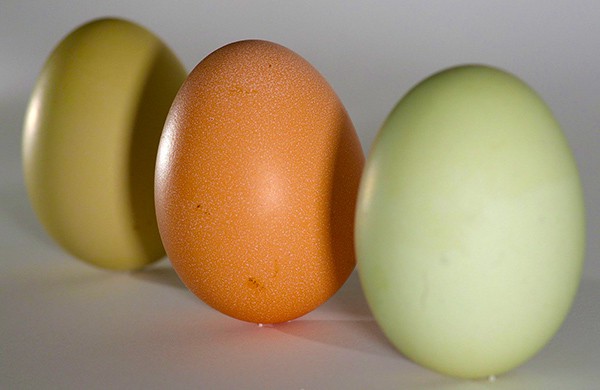 What You Need to Know About Plaque Psoriasis

Indian Snacks That Can Help You Lose Weight

Not anything against Chinese products in totality but for real China has been mass-producing loads upon loads of terrifying and scandal-bearing, tainted produce.  Their own country is suffering from these tainted products and they are one of the top mass producers of goods exported globally.

Factories have been shut down and many people arrested in an endless stream of scandals, phony advertising and disregard for producing decent products.  It is difficult to keep track of your purchases’ true quality and toxicity level but it is wise to avoid snack and food items from China.

Here is a list of some of the many Chinese products to beware of:

It is absolutely mind-boggling on why bother going through hard work to replicate something as natural and sacred as eggs.  The basis for a lot of cooking and such, and even if one does not eat eggs these fake eggs are no good substitute.

The shell is made of calcium carbonate, or chalk, chalk you do not even know from where.  The insides are made of gelatin, resin, starch and of course edible food pigments for the yolk.  The cheapest trace ingredients with all the unnecessary effort to create a hoax food that can cause early Alzheimer’s and other degenerative diseases.

There have even been reports of the egg yolks bouncing off the floor!

Peas are another affordable kitchen staple with high nutritional value like eggs.  Peas freeze very well and depending on the brand are parboiled or even quite raw.  They are already a fine, well sustaining kitchen staple and yet again they bother to create fakes out of soybean and snow pea scraps meld together with a green dye and sodium metabisulfate which is scarily a bleach preservative.

Also Read   6 Surprising Benefits of Cold Shower You Should Know

Dyes are generally unhealthy and lots are cancer causing unless the source of the dye is natural and minimally processed.  Consumers have reported that the peas never even got soft in boiling water and turned into an artificial green color.

And that chemical preservative unfit for consumption may be one of a few or many traces in each item.  Poisonous chemicals are often reported but we will never know what else.

Toxic versions of knock off versions is the problem here.  Might as well just invest in an efficient makeup kit with trusted brands than cutting yourself short and carry a high risk of acquiring a disease.  Cancer is a scary possibility, organ failure yes and skin problems may only be the beginning.

There have been reports of unsafe levels of aluminum, beryllium and lead.  And yes they were infested with bacteria too.  Beryllium is used to make phones and gadgets but of course should be handled professionally since the air-borne version of this element is toxic. Lipsticks and creams were reported to have high levels of lead and mercury.  All poisons that eat the skin, they destroy cells and can affect your brain if you keep inhaling these items in and touching them.

China is very regular with heavy pesticide use and even use pesticides banned by the Chinese government itself.  And who knows how much they use, certainly pesticides are overdone too in amount.

Toothpastes have been proved cancerous.  Products have DEG or diethylene glycol for some reason.

Brushing one’s teeth does not even need harsh, commercial, fluoride-filled toothpaste.  Go organic or make your own.

Remember the melamine scandal?  In 2008 there were approximately 300 000 victims, 54 000 were babies, some had kidney stones right away!  Before this huge scandal there were a dozen infant deaths from this adulterated milk.

Also Read   Snacks in a Jar Recipes to Prep Early

The white rabbit candies with edible wrappers contained melamine too, so avoid their candy as well.

If you love your Sparky or Fido just source elsewhere.  You can’t be too cheap with pet food anyways.  Wheat gluten is involved, whey protein is good but not wheat gluten and other grains or grain traces.  They are bad for a dog’s system.

Another basic and simple staple found nearly anywhere…but they had to mess with it. Sewage, slop and scraps, a sulfite preservative, pigments and ice.  That is what they are made of.  You can make your own tofu with soy milk, not from China of course.

Plastic rice that is.  Lots of rice grains have plastic in them and not only is that inedible and causes major blockage but even has a chemical that mimics estrogen.  Too much estrogen throws a body off balance and heightens the risks of cancers.

If you notice some rice tastes soapy or perfumy it is because fragrances were sprayed over the plastic rice, real rice, some resin and potatoes or potato starch.

The potatoes could also be artificial.

Just saying, a lot of buns are cut with cardboard.  I mean, what else are they willing to put in?  Nothing nutritious, these fillers and additives are empty calories and often toxic.

Soy sauces in China are preserved with 3-MCPD which is organic but genotoxic, meaning it destroys your body on a genetic level,  and 1,3 DCP which is also organic and toxic, it is a chlorine compound that even tastes sweet.

And that is not even the end of it, since soy sauce is made of proteins the manufacturers thought of acquiring bundles of human hair in order to be powdered.  This becomes an amino acid powder.  And from who’s head?  Gross.

In 2012, 10 shipments of Chinese processed mushrooms were rejected.  Besides not knowing where the mushrooms really come from and how nutritious  or contaminated they are, they could cause fatalities.

In 2006, 16 diner customers in Beijing were hospitalized from poisonous mushrooms and suffered nausea, vomiting, diarrhea and cramps.

They usually have no or little roots and stems, are little and do not even taste strong.  Plus they are grown in lands filled with not only high amounts of pesticides, but illegal ones.  Go local with garlic as much as possible or more nearby.

Another unneeded use for pesticides, herbicides and fungicides.  They are even poisoned in smaller set up eco systems.

When the Philippines got their fair share of the water in their actual water property, China poisoned the water and fishes.

Poor fish, poor us and yuck!

This is NOT table salt and is sold as such pumped with harmful minerals such as nitrites, arsenic and lead.  Definitely a heavy cleaning salt.

A lot of black pepper is cut with mud and you could even see bits of little, tiny rocks and twigs.

DEG or diethylene glycol is another organic yet both unneeded and toxic.  This chemical like many others does not need to be in food.

Several cases have been reported by the consumer that their pork glows blue at night.  These are phosphorescent compounds that seem like toxic factory sludge.

Previous articleAvocados: A Quickie on Preparation, Nutrition and Storage
Next article30 Bad Habits that Tarnish Hair and Skin Quality

How Walking on the Beach is Good for your Health!

Natural Skin Tag Removal Techniques That You Can Do At Home

Your Very First Visit to the Gynecologist