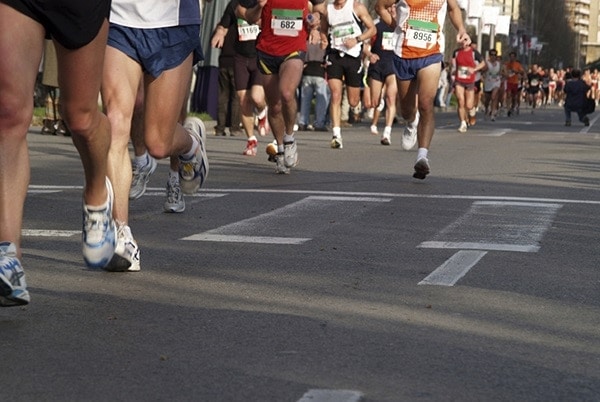 10 Effective Tips to Save Your Thinning Hair

What to Know about Perimenopause

Do you often find yourself rushing to the bathroom in the middle of your run or immediately right after it? Worry not because it’s normal. It is approximated that 20 to 50 percent of athletes, most especially those who engage in running sports, suffer from such an embarrassing phenomenon.

Why does it happen? Running shocks the intestines as well as reduce circulation to them as more of your oxygen- and nutrient-containing blood is diverted to your muscles. This causes an alteration in the absorption rate and acceleration of the transit time of food, resulting in what’s referred to as runner’s diarrhea or runner’s trots.

So how can you keep this issue common among runners to a minimum? Read on!

A few hours or minutes before you run, it’s a good idea to stay away from foods that are rich in fiber. We all know that fiber promotes bowel movement, and loading up on fiber-packed foods before you hit the track can increase your likelihood of having unnecessary pit stops.

Likewise, you should also refrain from consuming fatty foods hours or minutes prior to running. Instead, opt for foods that contain protein, most of which slows down the digestive process, thus warding off frequent bowel movements.

Different runners have different runner’s diarrhea triggers. It’s therefore up to you to pinpoint foods or beverages that leave you wanting to do a number 2 while running or immediately after it. For some, spicy foods are known triggers. Others find that anything with artificial sweeteners can cause them to come scrambling for the bathroom.

Avoid Coffee and Other Caffeinated Drinks

It’s true that drinking coffee or any other caffeinated beverage can help prime you for the running venture ahead. However, consider ditching a cup of java or tea, or even your favorite soda or caffeine-containing energy drink, if you’re prone to runner’s diarrhea. That’s because anything that contains caffeine stimulates your gut, leaving you more susceptible to having forced stops along the way.

But Check If They May be Used to Your Advantage

Got plenty of time between drinking coffee and hitting the road? Then figure out how you can use a caffeinated drink to minimize your runner’s diarrhea risk. Observe how long it takes before you feel you need to go after having the beverage — do jumping jacks, jog around your home or carry out any other physical activity while on the lookout for it. Once you have figured out that sweet, sweet spot, then you can perfectly time your coffee consumption to have your bowels emptied completely just before you run.

Worrying that diarrhea may strike while you’re out there? Don’t fret too much about it as stress can actually increase your risk of having unnecessary pit stops at a fast food joint to use its restroom. It’s no secret that being stressed out can have all sorts of negative impact on the body, including the GI tract. So keep calm before you engage in your favorite sport or workout. Keep in mind that runner’s diarrhea is a perfectly normal issue. If it happens, it happens!

Last but not least, simply opt for routes that provide numerous stopping spot options. Doing so allows you to have a place to unleash the beast should the urge for it strike while you’re running. Opting for routes that give you easy access to donut or coffee shops can give you utmost confidence and peace of mind.

Are you into running and swear by some steps that help ward off runner’s diarrhea? Don’t feel embarrassed to share some of the most effective ones below!

How to Lower Your Risk of Appendicitis

Get Your Cheeks Glowing with These 10 Blush Tips and Tricks

Tips on How to Achieve Beautiful Lips