Myths and Facts about Eye Floaters 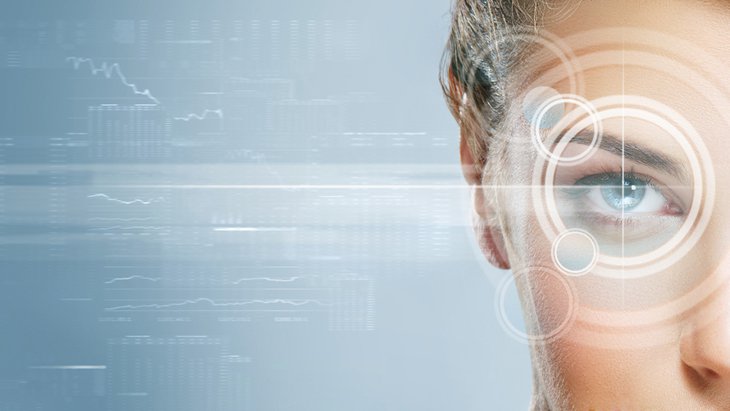 Floaters also known as flashes are horrible. They follow your vision everywhere and are highly visible when staring at white walls, clear blue skies, and blank walls to name a few. They can be irritating especially for those individuals who have been dealing with floaters for a long time.From squiggles, spider webs, spots, to specks, these deposits that come in various shapes and sizes can be an annoyance and are known to affect an individual’s sense of wellness too.

Many believe that the appearance of floaters is related to increasing levels of stress. Majority of those who are seeing floaters with their vision assume that stress plays a big role in the development of this condition. In order for us to find a relation between floaters and stress, we need to first define what floaters are, and enumerate useful facts about what causes them in the first place.

Eye floaters or flashes are essentially condensation that develops in within the vitreous humour. These oddly-shaped objects that you see in your vision are obvious when you look at bright lights, white surfaces, and light spaces.

Up close, eye floaters are transparent objects that come in unusual shapes such as strings, dots, specks, spots, and spider webs to name a few. Eye movements also make floaters more noticeable as they “float” or “move” with the vitreous humour, the region of the eye where they appear. Eye floaters are generally the result of the accumulation of collagen at the back portion of the eye.

Myth- Eye Floaters can result in impaired vision or blindness?

One common misconception about eye floaters is that they can be dangerous as they can lead to blindness. At the most, eye floaters can cause aggravation especially during the first few days, weeks, or months after their appearance within the vitreous humour. Although they can be irritating, eye floaters are not symptoms associated any type of medical condition or disease. Instead, eye floaters are well known to be caused by natural eye degradation due to aging.

Floaters are also changeless in nature, which means that once you start seeing them in your vision, they are more likely to stay there or recur occasionally throughout life.

The occurrence of floaters should never alarm you. As mentioned above the degradation of the vitreous humour is natural and can happen to anybody. Of course, as we grow older the chances of developing eye floaters become higher too.

It is then recommended that individuals seeing eye floaters in combination with light flashes should seek medical consult right away. Retinal detachment can lead to irreversible complications such as impaired vision, or worse, blindness.

Myth- All eye floaters are transparent in color

Although eye floaters are generally classified as transparent or clear condensations in the vitreous humour, there are cases when floaters may appear reddish too. Viterous hemorrhage is yet another cause of the development of more floaters. Posterior Vitreous Attachment or PVD may lead to the pulling away of the vitreous from its blood vessel. This phenomenon then leads to the bursting of the blood vessel that supplies blood to the eyes, also called vitreous hemorrhage. The bleeding then seeps into the vitreous humour and appears as red-colored floaters.

Myth- Eye Floaters only happen in one eye, but not both

Studies reveal that those who have started seeing floaters in one eye will eventually develop eye floaters in the other eye in as short as 18 months. This phenomenon can be attributed to the degradation of the vitreous humour which basically happens at the same rate in both eyes.

Myth- Post-cataract patients do not encounter eye floaters after operation

Laser surgery that is geared towards treating cataract may cause the appearance of more eye floaters. In addition, YAg laser cannot guarantee that all floaters can be eliminated after surgery.There is a high chance that cataract surgery such as those that utilizes laser may also inflict trauma to the eye, or may even change the position or quality of the vitreous humour. It is therefore important that clients only entrust their eyes to experienced surgeons to take over their cataract surgery.

Eye floaters can appear across all life stages. Although majority of individuals who have been identified to see eye floaters are from the older adult population, younger people may also see floaters as well. This is especially true in the case of those diagnosed with diabetes. When left untreated, this condition may result in complications, one of which is diabetic retinopathy. The appearance of eye floaters among diabetics is caused by the bursting of blood vessels within the eye region.

Previous studies in the correlation between stress and eye floaters, researchers have not found any solid evidence that points to stress as a culprit in the development of eye floaters. Further studies however reveal the fact that stress can be considered as an indirect culprit to the appearance of floaters.

Eye floaters caused by stress and anxiety can lead one from developing eye strain. A high percentage of those who have eye strain eventually get diagnosed with myopia. Myopia when left untreated is guaranteed as a leading causative factor of eye floaters.

The best way to alleviate or significantly reduce the appearance and occurrence of floaters is to perform eye movement exercises. Although surgery is a viable option, mild to moderate cases of eye floaters should never be operated on. This is for the reason that floaters are not guaranteed to permanently disappear after an operation.

Tips on How to Deal with Summer Pregnancy

Irritable Bowel Syndrome What is it?

What are the Best Light Bulbs to Use for Good Health?