Do You Suffer from the Weekend Headaches? 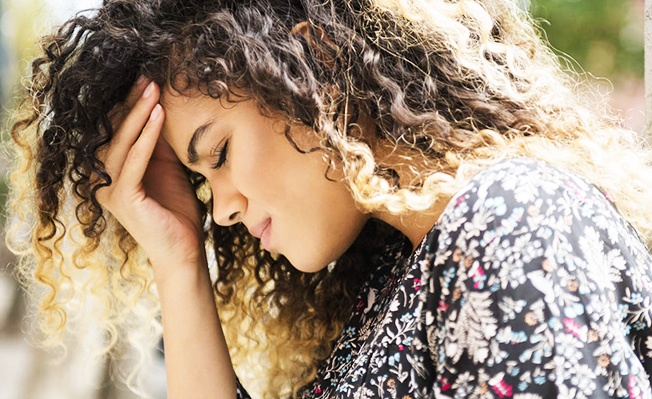 7 Healthy Facts You Should Know About Butter

If it seems like your weekends are constantly being marred by terrible headaches, then this article is written exclusively for you as well as many others who spend the entire workweek working hard and spend the entire weekend chilling.

So keep on reading to know what’s going on, and also learn how to keep it from striking.

Weekend headaches — yes, that’s what you call those headaches that pester you on weekends when you should be relaxing rather than popping painkillers in your mouth. Those weekend headaches tend to come in other names — some refer to them as weekend migraines, while others christen them Saturday syndrome.

No matter the name you prefer to use, one thing remains true: having a pesky weekend headache can keep you from enjoying the weekend that strikes only once a week!

Actually, there are a few culprits behind those weekend headaches, depending on your habit:

Waking up later in the day

Since there’s no work, it’s not unlikely for you to oversleep on a Saturday or Sunday or both. This is one of the reasons why a weekend headache may come into being — your body is used to waking up at a specific time every single day throughout the workweek, and the sudden disruption in your sleeping habit can cause a headache to strike.

Sleeping later the night before

It can be really enticing to sleep late during a Friday or Saturday night since there is no reason for you to wake up early the following day. Well, just like waking up later in the morning, sleeping later the night before can disrupt the sleeping habit your body is accustomed to.

Everyone knows that a hangover comes with terrible headaches. One of the things that you can blame for those weekend headaches of yours is a nasty hangover. This is most especially true if you are fond of spending the last night of the workweek with your friends drinking until the sun is almost up. The worse the hangover is, the more nagging the weekend headache becomes.

During the workweek, it’s not unlikely for you to start your day with coffee. Similarly, it’s very much likely for you to have several cups of coffee throughout the day just for you to stay mentally alert. Well, one of the reasons why you tend to have weekend headaches is the sudden drop of caffeine levels in your system. So in other words, those headaches are caused by caffeine withdrawal.

Doing nothing but chilling

Most people assume that a weekend headache is brought about by the stresses encountered throughout the workweek. Actually, scientists say that it’s the other way around — those weekend headaches are due to the sudden release from stress. So stress is not the one to blame for that darned headache, but lack of it!

Like most very busy individuals, perhaps you have no time to hit the gym during the workweek, and that’s why you try to make up for it by devoting a generous chunk of your weekend to exercising. Such can leave you dehydrated, which is something that can make a weekend headache to show up.

Now that you know some of the culprits behind those weekend headaches, it’s easier for you to keep them at bay. For instance, it’s a good idea for you to wake up at the same time and also drink coffee even if you feel you don’t need it. By making the necessary adjustments, you can make your weekends headache-free.

Sourcehealth.com
Previous articleSummer Skin Care Tips for Healthy and Glowing Skin
Next articleHave You Heard About the Dirty Keto Diet?

Why You Should Only Support the Use of Organic Coffee

Can Acid Reflux Cause Shortness of Breath?