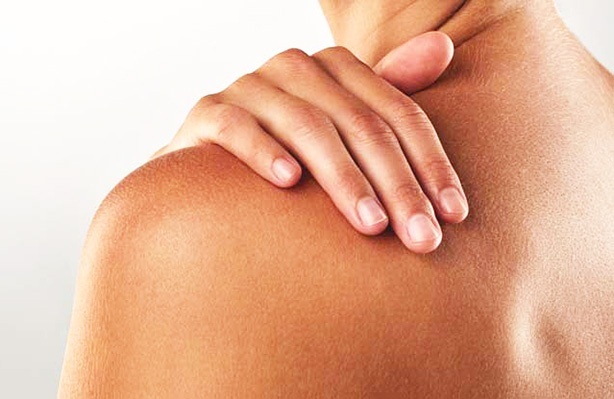 Skin cancer is the most common form of cancer there is — it accounts for over 50 percent of all cancer types combined!

It’s no secret that staying under the searing sun for extended periods of time is something that can considerably increase an individual’s risk of developing deadly skin cancer. In fact, over 90 percent of all skin cancer cases can be blamed on excessive sun exposure, health authorities confirm.

But did you know that just because these days you no longer sit under the sun to get a glorious complexion doesn’t necessarily mean that you won’t end up battling skin cancer in the future? That’s because there are many other risk factors for skin cancer than just your skin being touched by direct sunlight unnecessarily, and a lot of people are not aware of those lesser-known culprits.

So if you like to significantly reduce your chance of suffering from deadly skin cancer sooner or later, keep on reading — below you will come across some of the most surprising risk factors for skin cancer.

Sunburn Experience in the Past

Having sunburn is a clear sign that you spent more time under the blistering sun more than necessary, and it’s no secret that it is a risk factor for deadly skin cancer.

But did you know that it’s not just sunburn obtained today that can put you at risk of skin cancer but also sunburn incurred in the past? According to dermatologists, it’s possible for childhood sunburn to haunt you for the rest of your life and potentially develop into skin cancer.

A Family Member With Skin Cancer

Just like most other types of cancer that you can think of, skin cancer is also something that tends to run in families — having a family history is considered as a risk factor for skin cancer.

There are actually many different types of skin cancer, and some of them can be blamed on genetic mutations. Because family members share the same genetic material, a parent with skin cancer can pass the said disease to his or her offspring.

Unfortunately, being a redhead puts a person at higher risk of developing skin cancer, health authorities say. That’s because gingers have a genetic mutation in them that can be passed from parents to offspring, thus causing one another’s odds of having skin cancer to be increased considerably.

But even though one’s risk of dealing with skin cancer in the future is in the genes, it doesn’t necessarily mean that you will surely have the deadly disease because you are a redhead — protecting yourself from the sun can lower your risk.

If you are living in a mountainous area, it’s of utmost importance for you to do your best to avoid unnecessary sun exposure. The same is true if you tend to fly frequently — being on a plane exposes you to a lot of UV radiation and that’s why dermatologists say that wearing a sunscreen in a flight is important.

Also Read   Steps to Applying Manicure like a Pro

We all know that some medications can cause unfavorable side effects such as nausea, dizziness, heartburn, diarrhea and insomnia. But did you know that there are certain drugs that can in fact make your skin extra sensitive to the sun and thus increase your skin cancer risk?

Acne medications are some of those that can make the skin more prone to getting sunburned. A lot of antibiotics can cause the same, too. Even non-steroidal anti-inflammatory drugs or NSAIDs commonly taken for dealing with pain and swelling can also lead to photosensitivity, experts say.

Which of the lesser-known causes of skin cancer mentioned above got you surprised? Feel free to share your thoughts in the comments section down below.

Sourcehealthline.com
Previous articleDiet Tips and Tricks for Gestational Diabetes
Next articleGet to Know the Surprising Dangers of Gum Disease