Keloid scar, also called keloidal scar or keloid, is a type of scar that is made up of type I (late) or type III (early) collagen, the substance that acts as cement to enhance loose cellular and tissue connections.

Keloid scars usually result from the overgrowth of collagen type three or granulation tissue at the site of a healed skin injury. This overgrowth is then gradually taken over by collagen type 1. As per Patient Info, keloids are usually confused with a hypertrophic scar; but then, the former normally grow beyond the borders of the wound while the latter usually remain within the border of the wound.

Keloids appear different than other scars in the body. According to Health Line, keloid symptoms include a localized area that is red, pink, or flesh in color; a ridges or lumpy area of skin that is typically raised; an area that progresses in size, but with scar tissue over time; and a pruritic or itchy patch of skin. As per the publication, keloids are not usually harmful to a person’s health; but then, the person may still report tenderness, irritation, and discomfort from the clothing, along with other events that involve friction.

While cosmetics stand as a feasible answer for keloid scars, science has found new ways to get rid of them.

One home remedy for keloid scars is apple cider vinegar. Having many functions like antifungal and antimicrobial, apple cider vinegar is capable of reducing the size of the keloid, as well as decreasing its redness, as per Natural Remedy Ideas. As per the publication, a tablespoon of apple cider vinegar is applied directly on the scar. Next, the area is mildly massaged for the vinegar to be fully absorbed. The liquid is allowed to dry before repeating the process. The procedure can be repeated several times and the person may see results after about 30 days of doing it.

Baking soda is one of the home remedies for keloids. According to Top 10 Home Remedies, the powder, which is used in various ways, can be utilized to decrease the appearance of keloid scars. This is through promoting the development of healthy skin tissues. To add, baking soda also serves as an abrasive agent, which means it also exfoliates the skin while keeping it away from dead cells, debris, or dirt.

A medical preparation that may act as keloid remedy is acetaminophen. According to Candian-based Paula from Earth Clinic, the medication is mixed with a few drops of water to form a paste, which is applied to the scar and is left for five minutes or less. It is added that 95 percent of the keloid was gone following three days of application.

Keloid scars are not severe as cancer; however, they still make a person irritates and anxious about the way how she looks. Thus, it is vital to discuss aesthetics matters with the dermatologists and possibly, apply or utilize the natural remedies listed above. 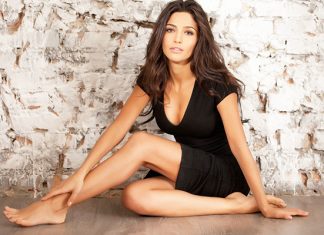 Melinda Hoppernman - June 19, 2018 0
When it comes to beautifying ourselves, we shouldn't just focus on one area only. What we can do is to look our best from...

Tips on How to Do the 16 Hour Fast

Got Black Spots on Your Lips? Here are the Common Causes