Get to Know the Surprising Dangers of Gum Disease 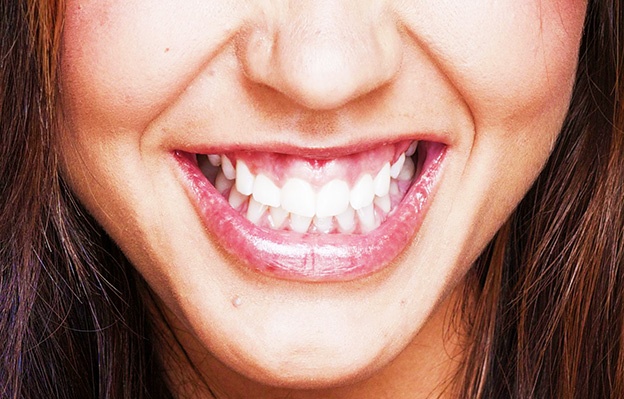 If you think that your pearly whites are the only ones in danger if you have gum disease, think again!

According to health experts, gum disease is something that may also endanger the heart, lungs, prostate and many others. So keep on reading if you care about your smile and health in general — below you will come across some of the hidden dangers of having gum disease.

Don’t forget to share this article on your various social media sites later on so that your family members and friends may also learn just how serious gum disease is.

The problem with gum disease-causing bacteria in mouth is it can get to the bloodstream. Once there, they could cause damage to the walls of the blood vessels and pave the way for arterial clogging or development of blood clot, which is something that can cause a heart attack or stroke.

Experts say that if inflammation is going on in the mouth of a person with gum disease, there’s a possibility for inflammation to also exist elsewhere. According to cardiologists, inflammation is linked to heart disease.

Just like what’s mentioned above, bacteria present in the inflamed gums of someone with gum disease do not stay in the mouth. Each time the individual breathes in through the mouth, it’s not unlikely for some of those bacteria to enter the lungs. When this happens, there is a possibility for bacterial pneumonia and bronchitis to strike. Someone who has emphysema may experience worsening of the symptoms of the said lung condition if he or she also has gum disease.

Also Read   Tooth Brushing Is Not Only For Your Teeth

It’s no secret that pregnant women are at high risk of suffering from gum disease — such can be blamed on hormonal changes taking place within them plus a weakened immune response.

The gum-related problem may progress to periodontitis, which is an advanced case of gum disease that is linked to premature births or low birth weights — or sometimes both. Babies born prematurely are at high risk of having complications such as lung disease, jaundice, faulty body temperature regulation, and feeding problems.

The prostate is a walnut-sized and donut-shaped gland in men, and it manufactures and secretes fluid that forms about 60 percent of the semen.

Based on studies, men with gum disease have higher levels of prostate-specific antigen or PSA, which only means that the prostate is infected or inflamed. Such can lead to what’s referred to as prostatitis — the inflammation of the prostate gland. Prostatitis is different from prostate enlargement and prostate of the cancer, and it can affect men of all ages, not just older ones just like most other prostate problems.

There is another problem exclusive to males that may stem from gingivitis, and that’s ED. Short for erectile dysfunction, ED is the inability of a man to attain or maintain an erection. Some of the most common causes of ED include heart disease and clogged arteries. Because gingivitis is something that can have an impact on the cardiovascular system, just like what’s discussed earlier in this article, there’s a possibility for a male with gingivitis to also suffer from ED.

Believe it or not, having gum disease may also put you at risk of battling cancer one day. Such can be blamed on a couple of things: inflammation and bacteria associated with gum disease.

For a long time now, experts agree that it’s very much possible for inflammation to give rise to certain cancers. Also, bacteria associated with gum disease are also the ones that are linked to esophageal cancer — cancer of the esophagus. Based on a research, men with gum disease are 49 percent at higher risk of having kidney cancer and 30 percent more likely to develop blood cancers than men who do not have gum disease.

Body Sculpting Minus the Scalpel: Workouts that Work

Skin Looking Dull? Liven It Up With This Kitchen Staple

How to Get Rid of Eyebags