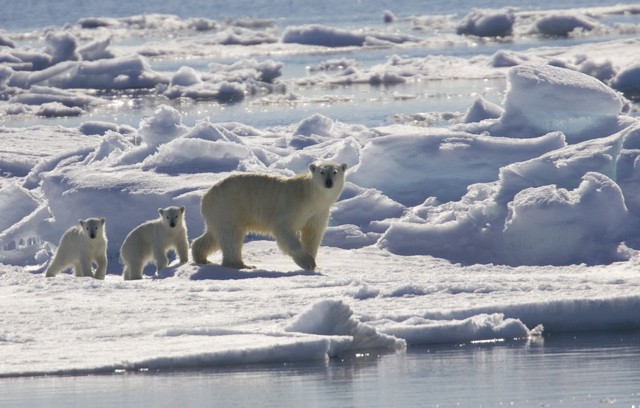 All About the Brush

One of the most visible – and alarming – signs of global warming (regardless if it’s a natural or man-made phenomenon) is that fact that the world’s two largest ice strongholds, the polar caps, are now melting at an unprecedented rate. In fact, the disturbing question now is: how fast are they melting?

Apart from diet, exercise, and a healthy overall lifestyle, our general health and wellness heavily relies on the environment. Come to think of it, all of our resources such as food and shelter are all harnessed from Mother Nature. Pollution and degradation of natural resources are serious risks that will impact the way we live and our survival. The rate by which the polar caps are melting should be one of our top priorities as citizens of Earth. Environmental wellness should be one of our main priorities if we all strive to live longer and healthier.

Polar caps: Are they the canaries in the coalmine?

In the old days, miners in coalmines would have canaries in cages, spread out all over the mines – and if one of them ended up dying of no apparent reason, it was seen as a warning that dangerous gasses were being released. It’s the same with the polar caps, as their melting and shrinkage can tell us how fast the climate is changing. Now, even though the actual change could be incremental in terms of measurement, these small changes in global temperature or water levels have large-scale implications for our environment. It’s believed that much of the rather extreme weather situations happening these days are due to the changes that are happening, slowly but surely.

The Antarctic and Greenland polar caps have been steadily shrinking for the past 20 years, the amount of time that they have been actively monitored for global warming concerns. In fact, it’s considered that they are now contributing more than three times as much ice to the sea levels compared to the situation twenty years ago. In fact, the melting ice from both polar caps has contributed an estimated 11 millimeters to the global rise in sea levels since 1992. The rest of the contributors include thermal expansion, mountain glaciers, the breaking up of small arctic areas, and groundwater mining. It should be noted, though, that the percentage due to polar ice melting is steadily rising.

Greenland is More in Danger

Between the two polar caps, Greenland is losing much more ice. It’s estimated that two-thirds of the ice loss in both polar caps is happening in Greenland. This means that Greenland has been melting five times faster than it did in the mid-90s.

There is a certain disturbing train of thought here, as we might be lucky that Greenland is melting faster, given that it is only a tenth of the size of Antarctica. If Antarctica’s ice were to melt at the same rate as Greenland’s ice, then the environmental chaos would be much worse.

Is it just a drop in the bucket?

It should be noted, though, that this acceleration of how the polar caps are melting might just be a cyclical phase. Granted human-based factors such as pollution are definitely playing a role, but until the monitored time grows much more than twenty years, a proper pattern for polar cap melting will largely be based on a “snapshot.”It’s still possible that a few years or decades in the future, the polar caps could start consolidating ice more effectively again.

Humanity shouldn’t keep on debating on whether or not the current weather cycles are being affected by man-made factors. Rather, what should be done is to assume that man-made factors should be minimized, and act accordingly. Any effort on our part to help slow the polar caps from melting thoroughly can make sure that humanity will have a chance to develop even further.

Previous article
How To Conceive Twins: A Rarity To Achieve
Next article
Hearing Aids –Important Facts You Need to Know About These Medical Devices

What Your Food Cravings Really Mean

Different Ways to Use Rose for Combating Stress

Jojoba Oil Benefits that Not Everyone Knows

Start Getting Organized This Year