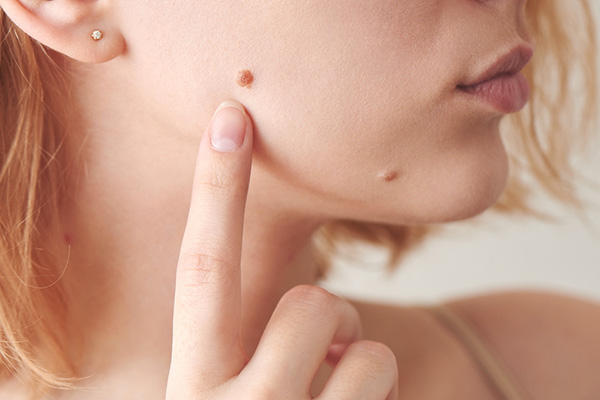 Makeup Ideas for the Busy Moms

Signs You May Have Hormonal Imbalance

Why You Wake Up with Breakouts and How to Fix Them

Moles are often seen as birthmarks or even beauty marks depending on where they are located. However, there are some who feel uncomfortable with their presence on their skin as they feel that they are flawed and earn a lot of second looks from those they meet while they are out and about. Moles often begin as these flat, brown dots on the skin that can grow and become raised from the skin. They can actually appear on any parts of your body such as between the toes, under your arms, even under the nails for that matter!

Those who have the luxury to spend money on cosmetic surgery often use this method to remove moles but you don’t really have to spend a lot just to make these skin blemishes disappear. As a matter of fact, there are home remedies that can help reduce the appearance of moles and make them disappear altogether. So how will you be able to bring back the natural beauty of your skin? Here are a few suggestions to try.

The pungent smell of garlic may turn you off but this is actually useful in removing moles that are developing on your skin. This is because there are certain enzymes present in garlic that can actually break down the clusters of cells, including the pigmentation that is making your mole dark, so that it will become lighter and eventually fade. Another plus to garlic is that it can actually regulate melanin production so there will be less scars left once the mole has been removed. For this treatment, you will need petroleum jelly or Vaseline, bandage, and raw garlic that is minced. Start by covering the skin around the affected area with Vaseline then place the minced garlic on the mole. Secure the minced garlic with bandage and leave it for about 4 to 5 hours. You should do this daily for an entire week. Discontinue once the mole dries up and falls off on its own.

This is the easiest remedy that you can use to make the moles disappear from your skin. The acidic nature of this vinegar as well as antibacterial and antiseptic properties helps eliminate the root cause of the mole. You should apply apple cider vinegar on the moles before bed time so it can seep into the skin throughout the night. You can do this at least 4 to 5 times in a day until you see your desired results.

What other remedies can you use to make the moles disappear? The combination of baking soda and castor oil has been found to be effective in reducing the size and appearance of the moles on the skin with regular use. You will need a tablespoon each of castor oil and baking soda and some bandages. Combine baking soda and castor oil to create a paste which you should then apply on the mole. Wrap a bandage around it to prevent the paste from being rubbed off. Leave it on until the next day then rinse. You can repeat this for several days until you see an improvement to the quality of the mole.

Honey is often used when treating acne problems but did you know that this can also be used to remove moles? The antibacterial, antioxidants, and anti-inflammatory properties of honey have been found to be effective in treating moles. You should use raw and organic honey since it has a host of benefits to offer. You will need to apply this solution 3 to 4 times in a day. To speed up the healing process, mix it with some flaxseed oil before you massage it onto your skin.

Also Read   The Advantages of Kaffir Lime to Health and Wellness
Sourcedrnumb.com
Previous article
How to Use Baking Soda to Get Rid of Dandruff
Next article
5 Benefits of Mustard Oil

What You Should Know About Cholesterol

Pepper Milk: An Excellent Home Remedy for Cough and the Common Cold