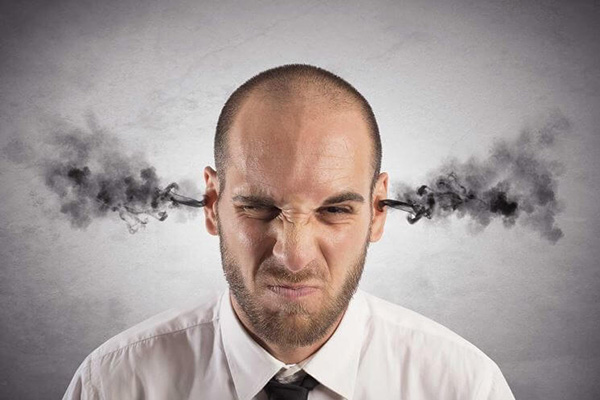 The Link Between Food and Cancer

Anger is an emotion that is marked by a sense of antagonism toward someone or something a person feels has deliberately done him wrong. While it benefits a person by expressing negative feelings and emotions, excessive anger may affect a person physically, emotionally, and behaviorally. The following are the causes, signs and symptoms, and

The feeling of anger arises from three situations, as per Mind UK. As per the publication, these situations include feeling threatened or attacked, frustrated or powerless, and being treated unjustly. These also vary from person to person, since a person’s interpretation to a situation depends on factors, such as childhood and upbringing, past experiences, and present situation. According to Pathway to Happiness, feelings of unworthiness, which coincide with the aforementioned frustration and powerlessness, serve as painful wounds in a person’s emotional mind.

Anger presents several symptoms. According to Psych Guides, anger has physical and emotional symptoms. As per the publication, the physical symptoms of anger are tingling, heart palpitations or tightening of the chest, increased blood pressure, headaches, pressure in the head or sinus cavities, and fatigue. Then, the potential emotional symptoms include rage, anxiety, and irritability. It is noted that a person does have an anger management issue when he loses his patience. In addition, mental health professionals view the a person’s patterns with regard to the aforementioned physical, emotional, and behavioral symptoms to diagnose an anger disorder.

While various behavioral therapies are parts of anger management, the emotion can also be handled with the following remedies.

Keeping calm when angry is one of the remedies for the emotion. A case in point is by taking a few moments to collect one’s thoughts before saying anything. As per Mayo Clinic, it is easy to say something that the person will regret later on. To prevent this, the person should think before he speaks and letting others who are involved to do the same thing. Then, once calm, the person may express his frustration in an assertive, but nonconfrontational manner. He should state his concerns clearly and directly, without hurting or manipulating others.

Find Home Remedy identifies three herbal cures for anger and they are verbena, german chamomile, and skullcap. As per the publication, the aforementioned herbs contain agents like flavonoids, iridoide monterpenes, caffeic acid derivatives, cyanogenic glycosides, coumarins, choline, tannins, and volatile oils, which aid reduce neck and shoulder tension, as well as hysteria. These ingredients also controls anger by calming the brain. In terms of consumption, two to three cups of verbena tea is consumed daily for a couple of weeks. Meanwhile, chamomile may be consumed in capsule or extract form.

A person may also divert himself from speaking or thinking negative things while angry. According to Vkool, anger makes a person lose control with the words and negative behavior, such as vandalism and distrust. As per the publication, some ways to divert anger include drinking a glass of water, washing the face, or walking along the stairs. According to Mayo Clinic, physical activity helps reduce stress, so the person may also go for brisk walking or running or sending spend time doing other physical activities. This way, the person will be able to deal with the emotion in a positive manner.

Also Read   Check Out These Beauty Uses for Parsley

Anger is one of the natural emotions that make a person a human being. However, it may have an impact to a person’s thoughts and mental organization. Along with the aforementioned interventions, a person may look for a person or people whom he can share his thoughts. This way, he will be able to maintain control.

Beauty Tips for Round Faced Girls

20 Ways to Relax Without Going to the Day Spa

Four Different Types of Diabetic Neuropathy and their Symptoms

Foods Allowed on a Keto Diet