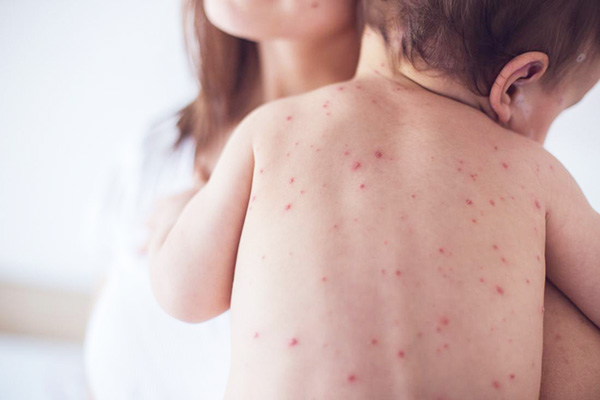 Reveal Glowing Skin with These DIY All Natural Body Scrubs

Measles, also called rubeola, refers to a highly contagious respiratory infection due to a virus. As per the World Health Organization, it stands as one of the lead mortality causes among young children, despite safe and economical vaccine. As a communicable disease, it presents symptoms that prevent a person from doing his activities of daily living. The following are the causes, signs and symptoms, and home remedies for measles.

Measles is caused by a virus called paramyxovirus. As per Med Broadcast, this virus is transmitted via tiny droplets when the infected person breathes, coughs, or sneezes. While viruses like influenza can thrive on objects for a long duration, paramyxovirus cannot survive that long on things like telephones or doorknobs. The main route of transmission is airborne, just like tuberculosis and chickenpox. According to the publication, studies reflected that only ten percent of non-immunized people in one household were not affected by the infectious disease.

Measles presents several symptoms. According to Mayo Clinic, these symptoms include sore throat, dry cough, fever, runny nose, inflamed eyes, a skin rash and small white spots on a red background. The spots are found in the mouth on the inner lining of the cheek. As per the publication, the aforementioned signs and symptoms appear ten to 14 days following the person’s exposure to the virus.

While most symptoms of measles can be treated via supportive or symptomatic approach, home remedies can also be done as supplemental management for the condition.

One remedy for measles is turmeric. According to Top 10 Home Remedies, turmeric has both antiseptic and antioxidant properties, which help the body to stay clear of debris and microorganisms. As a result, measles symptoms can be reduced. As per the publication, the person adds a tablespoon of turmeric powder and honey to a glass of lukewarm milk and then drinks them twice daily for a month. Turmeric root can also be ground along with tamarind seed; the mixture has a dose of 350 to 400 grams or about two and a half cups and the person drinks them thrice a day for two to three weeks.

Fluid consumption is another remedy for measles, since fever is one of the symptoms. According to Mercola, drinking fluids like water and herbal tea at regular intervals helps restore the lost fluids due to fever and sweating; thus, it reduces the person’s risk of dehydration. Also, consuming fresh and organic juice of citrus fruits like lemon and orange aids loss of appetite secondary to the infection, in addition to boosting the person’s immunity.

Along with water and fruit juice, coconut water and flesh also serve as remedies for measles. According to Home Cure, coconut water contains nutrients and natural sugars, which both help the body in getting rid of toxic elements. It also has antioxidants, which help remove debris and harmful agents from the body, which keeps it away from illness or infirmity.

Barley also stands as a remedy for measles. According to Home Cure, barley water combats cough in measles. As per the publication, barley water can be mixed with sweetened almond oil as often as possible for maximum benefits.

Measles is one of the communicable disease humans can have today and it may affect a person’s activities of daily living, such as school for children and work for adults. Thus, it is best to prevent spread of infection and manage the condition through medical consult for proper assessment.

Foods to Avoid When Pregnant

What’s so Good About Cupping Therapy