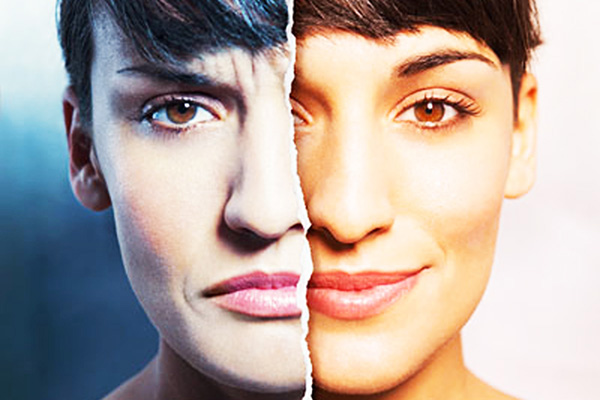 Sickness That Occur During Winter

Foods to Avoid If You Have Prediabetes

Bipolar personality disorder, also called manic-depressive disorder, is a kind of psychiatric disorder that presents extreme changes in mood, activity levels, energy, and the ability to perform various activities of daily living. Since shifts in such variables exist, it may affect a person’s daily activities and social interaction with others. The following are the causes, signs and symptoms, and home remedies for bipolar personality.

While its exact cause is unknown, it is associated with various factors. According to Medical News Today, these include genetics, biological traits, brain-chemical imbalance, hormonal problems, and environmental factors. This means that people with a family member who has a bipolar disorder may develop the same condition within themselves, in addition to neurological changes, neurotransmitter imbalances, and hormonal imbalances. At the same time, factors like mental stress, abuse, and other traumatic events may encourage the development of bipolar disorder.

Bipolar disorder is associated with an alternating periods of mania and depression, which may last from days to months,. According to Web MD, a person with the condition may also present a mixed set of depressive and manic symptoms at the same time. As per the publication, the manic symptoms include a very happy, angry, or irritated mood; more physical and mental energy and activity than normal; racing thoughts and ideas; talking more and faster; making big plans; risk taking; impulsiveness (substance abuse, sex, spending money); and lack of sleep, without the feeling of being tired. Meanwhile, the depressive symptoms of bipolar disorder include a drop in energy, lasting sadness, less activity and energy, restlessness and irritability, problems concentrating and making decisions, worry and anxiety, no interest in favorite activities, feelings of guilt and hopelessness; suicidal thoughts; change in appetite; and change in sleep patterns.

The aim of treatment for bipolar personality is to reduce the frequency of the manic and depressive states and to decrease symptom severity, in order for the person to live a productive and normal life. While medications like lithium carbonate is a top choice in the treatment of the personality, some remedies can also be done at home to help manage the disorder.

Two remedies for bipolar disorder are brahmi and ashwagandha. According to Top 10 Home Remedies, brahmi, also called bacopa, is a useful herb that acts as a mild stimulant and sedative. To add, it helps boost one’s memory and relieve mental strain. As per the publication, the person drinks a few teaspoons of brahmi leaves juice extract for several weeks or consumes brahmi ghee prepared by frying brahmi leaves in ghee or clarified butter.

Meanwhile, ashwagandha helps relieve bipolar disorder symptoms by acting as a nervine tonic. This is supported by evidence from a 2013 study of University of Pittsburgh, which found that the herb has an ingredient called sensorial, which helps improve three cognitive functions in people with the disorder; as per the publication, it helps with social cognition and reaction time. The person just has to take 500 mg of standardized extract of Ashwaganha root and leaves everyday for several weeks.

Another remedy for bipolar disorder is kava, since it can help suppress the manic side of the condition. According to Heal Dove, kava is capable of promoting acute feelings of relaxation, calmness, and euphoria that it is used in the treatment of sleep and anxiety disorders. As per the publication, long term use helps increase mental clarity, patience levels, muscle relaxation, and calmness.

Sleep also helps manage bipolar disorder. According to Web MD, lack of sleep may sometimes trigger mania in people with the disorder, which can lead to worsening of the symptoms. As per publication, the person should go to sleep and rise at the same time daily. Also, relaxation is promoted by taking a bath, reading, and listening to music.

Know These Bad Habits to Avoid That Make Your Breasts Sag

A Fresh And Clean Inside Means A Slim and Sexy Outside

Easy Recipe for Making Tofu Out of Soy Milk