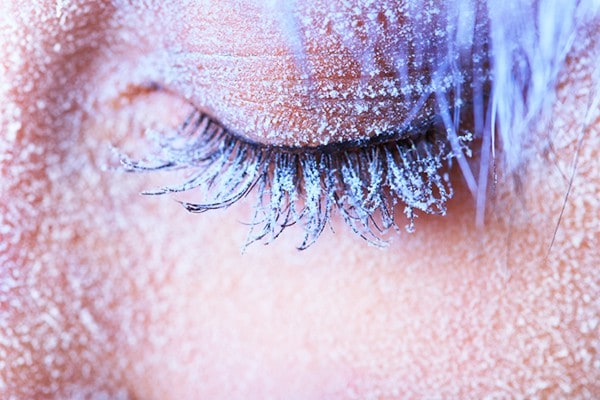 Why Should You Eat Fruits That are in Season?

Rid Of the Razor Bumps in Bikini Area

Frostbite refers to the injury due to skin and tissue freezing. It usually involves the ears, nose, cheeks, chin, finger, and toes and the time of exposure to cold is directly proportional to its intensity. Due to the injury, the person might not be able to do his activities of daily living. The following are the causes, signs and symptoms, and home remedies for frostbite.

Frostbite is caused by exposure to cold temperature. According to Mayo Clinic, the condition may also result from direct contact with ice, very cold liquids, and frozen metals. As per the publication, some conditions that result to frostbite include touching cold materials like cold packs, ice, or frozen metal; staying out in the cold and wind too long (negative 15 or 27 degrees Celsius), and wearing clothing that does not fit with the condition the person is in.

Frostbite has various symptoms. According to Patient Info, these include feelings of cold and firmness in the affected area like the fingers and toes, burning, stinging, numbness, and throbbing or burning pain, among others. As per the publication, symptoms also vary, depending on the degree of the frostbite. For the first degree, symptoms include whitening or reddening of the skin, numbing, and stiffness or hardness. Second degree frostbites are usually reddish or bluish and frozen or hard in appearance, with some swelling and blisters. Third degree frostbites are white, blue, or blotchy, with blood-filled blisters. In the fourth degree, full thickness skin damage is notable and it may involve the muscles, tendons, and bone.

Frostbite is usually given initial first aid treatment, along with home remedies that can promote tissue healing or recovery.

An initial action in case of a frost bite is to stop the cold process. According to Patient Info, the person must get shelter from the cold. If his clothing is wet, it is changed to dry to reduce hypothermia or decrease of the body temperature; blanket can also be used to prevent heat loss. Also, the affected areas are allowed to air dry; rubbing is not advised, since it promotes further tissue damage. Due to reduced blood circulation and perfusion in areas like the fingers, jewelry like rings is removed. Walking is usually not recommended to prevent tissue chipping or fractures. Just like burns, frostbite also involves loss of fluids and dehydration, so fluid replacement is vital.

Following initial first aid, re-warming is usually done to manage frostbites. As per Patient Info, this is usually done rapidly to people who have been in the mountains and have developed the condition. This is done using heated water with a temperature range of 37 to 39 degrees Celsius. A good practice is not to massage the affected are to prevent further harm to the person. The process can take 30 minutes and is usually done two times a day.

Two other remedies for frostbites are sage and mullein flowers. As per Find Home Remedy, sage facilitates resolution of frostbite problems. To prepare, as per the publication, the person boils a teaspoon of sage in a cup of water. Conversely, mullein flowers help promote skin tissue healing. The person mixes the flowers and olive oil until a paste is formed. Then, the paste is applied over the frostbitten skin areas. As an alternative, a layer of heated olive oil can also be applied over the involved skin areas.

Overall, frostbite is an injury to the skin and tissue after exposure to cold. Due to damage, it can interfere with a person’s daily activities. Thus, it is vital to consider seeking medical consult with a doctor to ensure adequate assessment, planning, intervention, education, and evaluation.

Benefits of Snail Mucin for Your Skincare

A Perfume That Smells Better When You Sweat?