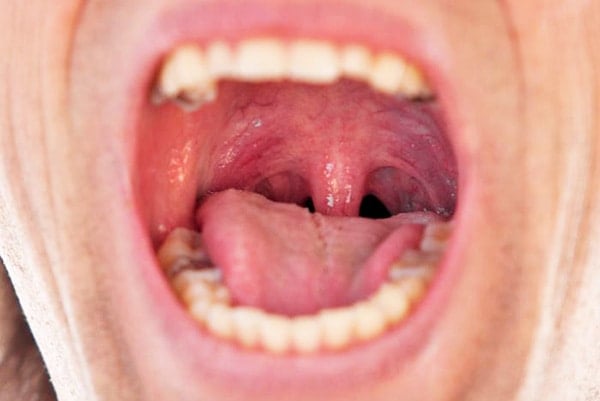 Here are Ways to Reduce your Risk of Developing Breast Cancer

Laryngitis is the inflammation of the larynx of the voice box. It can be acute (short-term) or chronic (long term) and it usually lasts for about two weeks. This condition suppresses vocal production, so a person with laryngitis cannot speak very well. The following are the causes, signs and symptoms, and home remedies for laryngitis.

Laryngitis also presents several symptoms. According to Mayo Clinic, these include hoarseness, voice loss, sore and dry throat, rawness of the throat, sore throat, and dry cough, among others. As per the publication, medical consult from a doctor is advisable if the symptoms persist for more than two weeks. Also, immediate medical attention is recommended if the symptoms are accompanied by difficulty of breathing, coughing up blood, fever that does not go away, progressive pain, and difficulty swallowing. For children, immediate medical attention is essential if high-pitched breathing sounds are heard upon inhalation, drools more than usual, has difficulty of breathing and swallowing, and has a fever more than 39.4 degrees Celsius.

Treatment for laryngitis usually involve medications if the condition is due to a bacterial infection. Corticosteroids are also given to reduce the inflammation of the vocal cords; however, this is only used for urgent need like using the voice to sing or deliver a speech. The following are some home remedies that may help relieve the condition.

Also Read   Got 40 Minutes? Then Whip Up This Curried Cauliflower Soup!

One remedy for laryngitis is apple cider vinegar. Also called ACV, apple cider vinegar has antimicrobial properties that combat infection and treat the laryngitis in the process. To prepare, as per Top 10 Home Remedies, the person mixes two tablespoons of raw and unfiltered apple cider vinegar and a tablespoon of honey in a half cup of water. Little amount of cayenne pepper may also be added to boost the remedy’s effectiveness. The remedy is consumed two times a day. As an alternative, a tablespoon of the vinegar is mixed with a glass of warm water. Then, the resulting solution is gargled several times a day until the symptoms resolve.

Another remedy for laryngitis is salt water gargle. The salt in the solution helps relieve inflammation by drawing out excess water. According to Home Remedy Shop, salt also has antibacterial properties that kill bacteria and viruses. To prepare the remedy, as per the publication, half teaspoon of salt is dissolved in a glass of lukewarm water. Then, the solution is gargled for at least four to five times daily. As per the publication, the person should try to take the salt water as far back into the throat as possible for the solution to reach the larynx. It is advised not to consume food or other beverages for half an hour after gargling with the solution.

Steam is another way to relieve laryngitis and its symptoms. According to Mother Nature Network, the person inhales the steam from a hot shower or fills a bowel with hot water and puts his head over the vapor. To add, a warm or cold air humidifier can be used to add moisture to the air at home.

Laryngitis causes voice weakening or loss due to the inflammation of the voice box and possibly the vocal cords. Thus, it is best to relieve the condition through medical consult for adequate assessment, planning of interventions, health education, and evaluation of outcomes.

Secrets to Having a Healthier Heart