Warm Up and Slim Down With Soup 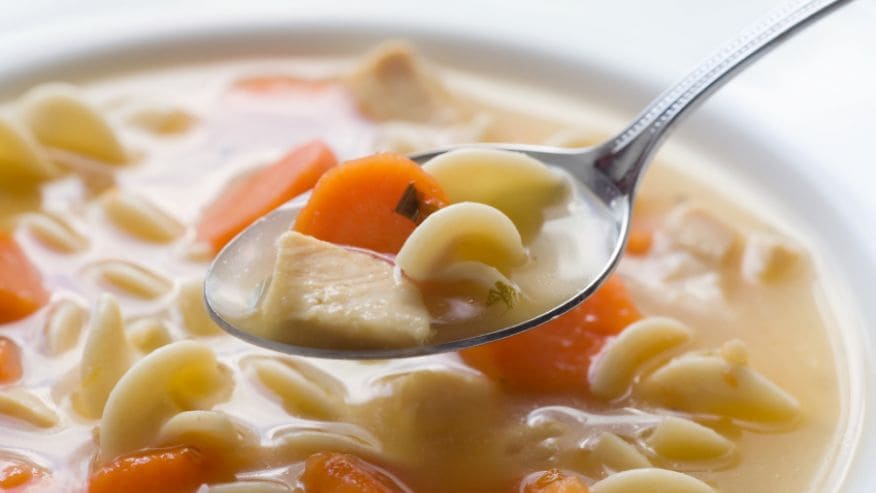 Ways to Get You Motivated for Workouts in the Mornings

This is the season to get all warm up because of the cold weather. But did you know that, warming up with soup, will also help you down?

A study published in the British Journal of Nutrition, looked at the dietary habits of over 10,000 adults and found out that those who consumed soup, had a smaller waistline, lower body weight and a higher intake of protein, vegetables, fiber, vitamins and minerals.

To give more credit to that is another study that showed that, routinely eating soup, or chicken soup, before a meal can help reduce hunger and increase the feeling of fullness. The researchers attributed this to the fact that, watery, veggie-based soups distend the stomach, causing the food to stay in the stomach longer. This process increases that feeling of fullness.

If you choose to buy the chicken soup available in the market today, watch out for the sodium content. The sodium ranged from 650-940 milligrams per cup. Health authorities recommend to keep you sodium consumption to less than 2,300 mg daily, which is the amount in a teaspoon of salt. To reduce the sodium content per 1 cup, you can add vegetables to the soup. This will lessen the sodium in each cup, while adding more vegebtales in the process.

The best alternative is to make homemade soup to better control the amount of sodium.
Always remember to keep your total daily sodium intake under the recommended limit.

So let’s warm up and slim down in this cold weather!

Also Read   Snacks to Avoid When You're Trying to Lose Weight
Previous articlePixel Hair is the Latest Hair Color Trend!
Next articleFood-Based Medicines That Could Possibly Save Your Life

Choose the Best Facial Oil Based On Your Skin Type

Beauty Problems You Can Avoid With Avocado Oil

Why Gardening is Great for the Figure and Overall Health