Foods That Can Cause Miscarriage 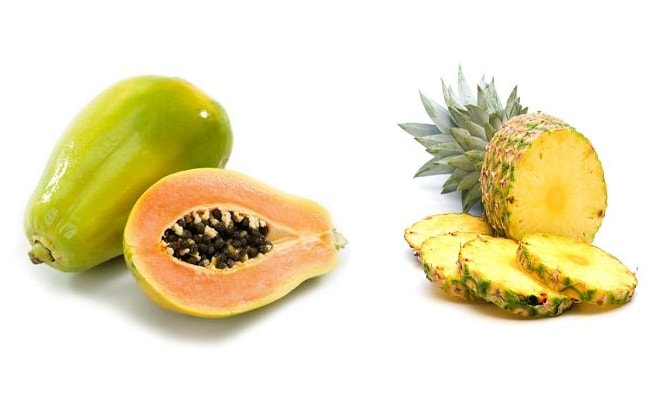 How to Alleviate Digital Eyestrain

Know This Anti-Aging Exercise You Should Try

Pregnancy can be a bittersweet period for a woman. Excitement over your unborn child, but also all the negative symptoms of pregnancy. Women can go through a lot during this time that they have to be careful with what they do, especially with what they eat. Some women have experienced miscarriage just by eating the wrong food or drinking juices that are bad for the baby. What you eat is vital during the early stages of pregnancy or the first trimester. This is the time where miscarriage triggering foods are most potent. This food can affect your fetus and you in the long run or can lead to miscarriage. There are a lot of foods that are not allowed during pregnancy since it can cause to contractions and dilation that can lead to miscarriage. To prevent consuming these, we’ve created a short list of foods that you have to avoid below.

Pineapple and pineapple juice are deemed as a healthy fruit and is often consumed by women during the end of their pregnancy. This is due to the pineapples ability to induce contraction helping with early or induced labor. However, consuming this in your first trimester can cause miscarriage. The bromelain in pineapple, are known to soften the uterine and cause contractions. It is best to avoid drinking or eating pineapple during your first three months of pregnancy. It is one of the most common miscarriage causing food.

Also Read   Tips on How to Keep Hair Healthy in Winter

It may seem a bit weird to want to consume any raw meat during your pregnancy, but there are cases where some women preferred their meals undercooked during this period. This can be unhealthy and make you more prone to miscarriage. Not only are undercooked or raw protein easily contaminated, it can also contain a parasite called Toxoplasma gondii that causes miscarriage. You should also be weary when it comes to meat that are not called thoroughly such as salami, pepperoni, sausages and minced meat. Make sure that the meat you are eating is always cooked thoroughly to prevent complication during your pregnancy.

Any type of liver from fish, pork, beef or even chicken should not be consumed during pregnancy. Foods that contain liver, such as liver sausage, pate, haggis and so on should also be avoided. Vitamin A is a teratogen present in the liver that can prevent the development of the fetus and can even lead to miscarriage. Too much Vitamin A in the body can cause cell damage in the fetus. This can cause illnesses such as spina bifida, uterine problems and brain development problems.

If you loved sushi pre-pregnancy, you’ll be sad to know that most of the variety of sushi or raw fish you used to like aren’t allowed during this period. Some variety of fish such as cooked shellfish, oily fish, most white fishes can be good for your baby, but fishes such as swordfish, tilefish or any fish that contains high levels of mercury are dangerous for your fetus brain development. You can consume shellfish as long as you cook them well and if you want to consume sushi make sure to freeze it first. Freezing can kill any parasites present in your raw fish to make it safe for consumption.

Also Read   What Happens If Your Heart is Not Functioning Well?

This is one of the least known miscarriage causing drink since it is believed that green tea is one of the healthiest drinks out there. However, green tea contains 200mg of caffeine that can do a lot of harm to your unborn child and can affect your breast milk in the future. Anything that contains too much caffeine should be avoided, most especially coffee. If you really need caffeine, ask your doctor about the safe dosage.

An important part of a healthy diet during pregnancy is to consume more vitamins and nutrients since the body will be requiring more since it is distributing for two. Women should be incredibly careful with what they eat during their pregnancy. Anything that they consume can affect their unborn child. Some of the foods above are deemed healthy, but overeating them can lead to miscarriage. There are more foods to avoid on this list, consult your doctor about foods you should avoid – especially ones that affect current illnesses.

Common Causes of Chills Without Fever

Reasons for You to Incorporate Winter Squash Into Your Diet

Fruits to Snack on If You Want Beautiful Skin

How to Remove Hair on Your Toes