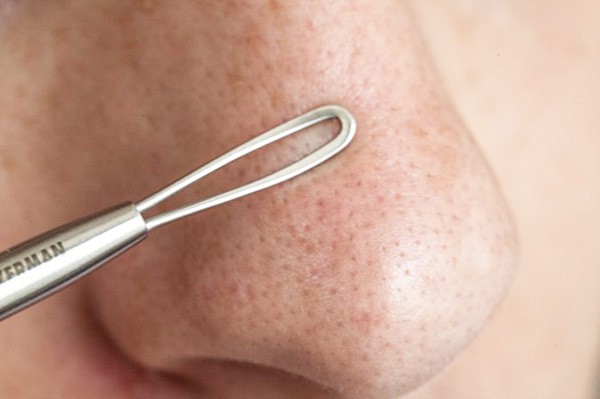 Get to Know the Risk Factors for Osteoarthritis

A blackhead is an open comedo, a clogged hair follicle or pore in the skin. It is the counterpart of the whitehead, a closed comedo, since it is closed by skin. Blackheads on the face are aesthetically unsightly, so most people try to remove them with various recipes or with their dermatologists.

According to Health Line, blackheads form when a clog or a plug develops in the opening of the hair follicles in the skin. The follicles cradle a single hair, plus a sebaceous gland, which is responsible for the production or sebum. Sebum or oil is responsible for preserving the skin’s softness, but when this and debris gather in the opening of the skin follicle, a bump called a comedo will be formed. Exposure to the air results to its black appearance; hence, it is called blackhead. On the other hand, the comedo is called whiteheads when the skin over the bump remains closed.

Clay is one of the known remedies for blackheads. According to Everyday Roots, bentonite clay is rich in minerals and it has been used for a long time to treat various skin disorders. As per the publication, the clay’s molecules are electrically charged when wet and this mechanism helps it draw out accumulated oil and other debris from the pores. Applying the clay mask on the skin provides the minerals in needs to be healthy while drawing out the blackheads. This way, circulation in the skin will also be enhanced, as well as the overall skin tone an health. Also, the clay can be mixed with either apple cider vinegar or water; but then, it is better to use water if the skin is dry or sensitive. It should also be noted that the mask results to a tightening feeling as it dries, so it is up to the person if he leaves his face dry or moisturized.

To prepare, as per the publication, water or apple cider vinegar is mixed with the clay to form a paste that is thick enough to be applied. Then, the person uses his fingertips to cover his face with a thin layer of the paste, which is allowed to sit for 10 to 25 minutes. The length of time it remains on the face is dependent to the length the person lets it dry. Once done, it is rinsed off with lukewarm water.

The blend of lemon and salt is another recipe for blackheads. According to Bellatory, both ingredients have antibacterial properties; hence, it is called the antibacterial face scrub. Lemon is capable of removing the grime and dirt from the skin surface, so it prevents various skin disorders like blackheads, whiteheads, and acne. Conversely, salt can also kill the microorganisms that clog the open pores.

To prepare, as per the publication, half teaspoon lemon, one teaspoon of sea salt, and the teaspoon of pure water are combined in a small bowl. Next, the resulting mixture is applied onto the face and is massaged in a circular motion. Scrubbing to hard is not recommended, since doing so may result to inflammation. Then, the skin is rinsed with warm water after scrubbing for two to five minutes.

Another great remedy for blackheads is baking soda. As per Top 10 Home Remedies, it helps the skin get rid of impurities like debris; thus, it helps prevent formation of blackheads.  To prepare, according to the publication, two teaspoons of baking soda are mixed with mineral water until a paste is formed. Then, the paste is applied on the affected skin and is gently massaged. It is left to dry for some minutes before rinsing with warm water. The remedy is applied once or twice a week.

Blackheads do not cause immediate harm to a person. However, they are unsightly when it comes to aesthetics. Also, scratching or touching them may lead to complications like open wound or infection. Thus, removing them improves the skin’s appearance and reduces a person’s risk for infection.

Sourcelivestrong.com
Previous articleHealth and Beauty Benefits of Borage Oil
Next articleBenefits of Including Egg Whites in Your Diet

The Importance of a Daily Wellness Routine

Boost Your Memory With This Easy To Do Trick

The Best and Worst Food Decisions when you’re sick

Beauty Hacks for Baby Oil Gel that You Need to Know