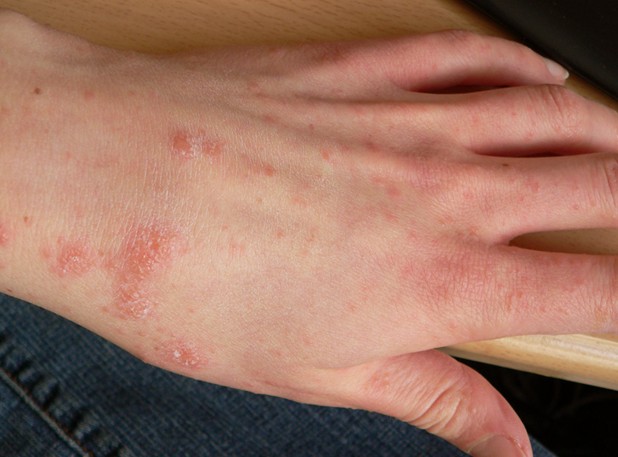 Scabies is one of the common infectious diseases in a household. Also called the seven-year itch, scabies is a contagious skin disorder caused by the mite Sarcoptes scabiei. The said mite burrows into the skin to live and deposits its eggs and the symptoms presented are caused by an allergic reaction to the mite.

The sarcoptes scabiei mite, or the human itch mite, stands as the root cause of scabies infestation. According to Medical News Today, the female mite lays its eggs in the tunnel it has made after burrowing under the skin surface. After that, the larvae move onto the skin surface and spread across the body. It is also possible for the larvae to engage with another host, such as another person, through close physical contact.

As per the publication, scabies is high contagious, as it spreads via direct skin-to-skin contact, which includes bed linen, furniture, and towels infested by the mites. In this regard, the people who are vulnerable to mite infestation, include children attending school or day care, parents of young children, sexually active young adults (or people with multiple sexual partners), residents of extended care facilities, immunocompromised people (people with HIV/AIDS, under immuno-suppressant medications, transplant recipients), and the elderly.

According to World Health Organization, scabies stands as one of the most common skin conditions and it accounts for a considerable fraction of the population in developing countries. As per the publication, it affects over 130 million people at any time on a global scale and rates cover from 0.3 percent to 46 percent. To add, disease outbreaks in various communities and health institutions lead to huge economic consequences in terms of national health services.

Overall, scabies affects people from various territories, with children and the elderly with higher rates of susceptibility, among others. The condition is also prevalent in hot and tropical countries, with focus on overcrowded and poor communities.

Scabies presents a number of signs and symptoms. According to American Academy of Dermatology, the signs and symptoms include itching, which is primarily at night; rashes, which causes tiny bumps that usually form a line; sores, which sometimes develop infection; and thick skin crusts, which are present in the kind of scabies known as crusted scabies, also known as Norwegian scabies. As per the publication, this condition cradles more than 100 to 1,000 mites and their eggs. As a result, the person suffers from severe rashes and pruritus or itch.

Various treatments are available for scabies; however, the person may utilize the following remedies.

According to Dr. Axe’s website, cayenne pepper helps manage scabies. As per the publication, cayenne has the chemical capsaicin, which aids reduce pain on the skin when it is applied. Also, capsaicin desensitizes neurons in the skin; thus, it relieves itching. While it provides relief, it added that in a trial, the chemical can trigger a burning sensation in 30 percent of the subjects who apply it on their skin. Also, it is recommended to add cayenne to a cup of hot bathwater. The person sits in the bath until the water gets cold, before he rinses his body. The cayenne can also be made into a paste, along with a drop of water or two.

Tea tree oil is another home remedy for scabies. According to Top 10 Home Remedies, the oil contains the compound terpinen-4-ol, which helps destroy sarcoptes scabiei. Also, the compound has antiseptic, anti-bacteria, and anti-inflammatory properties. The person just has to mix a tablespoon of tea tree oil and olive oil. Then, he uses a cotton ball to apply the solution on the affected area. This is done two times a day for two to three weeks.

Sourcehealthool.com
Previous articleDoes It Feel Like You Have a Lump in Your Throat? Read On and Learn More About It
Next articleMind-Blowing Medicinal Properties of Malabar Nut

Try This Homemade Shampoo That Combats Dandruff (And Beautifies the Hair, Too!)