Learn About the 6 Types of Obese Individuals, According to a Study 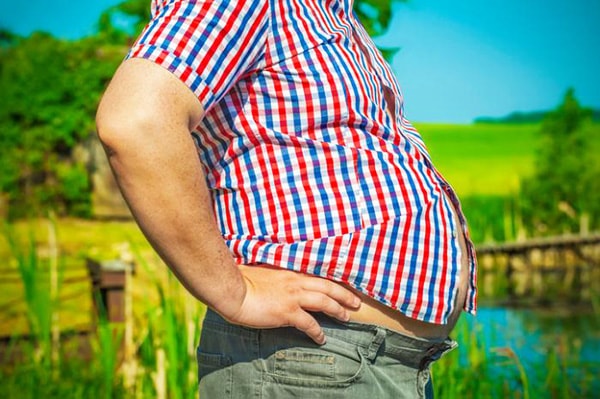 Eat less food and exercise more often — these pieces of advice are commonly given to obese individuals. According to a study, however, there obese persons do not actually fall into a single category only. In fact, the study found out that there are 6 different types of obese individuals.

Researchers from both the US and UK were the ones involved in the said study. Not only did they uncover that people who are afflicted with obesity belong to different categories, but also bring into light the fact that perhaps the best treatment for obesity is the one that’s tailor-made according to the specific needs of an obese person.

Here are the 6 types of obese individuals that the US and UK study found out:

Type #1: Females Who are Young and Generally Healthy

In the study, this was the largest group of individuals, consisting of young females. The said females were generally living healthy lives, and very little complications of obesity were found in them. For instance, a lot of obese females in this type of obesity had no diabetes, which is a common complication of obesity.

Type #2: Males Who are Generally Healthy But Drink Alcohol a Lot

Just like the first group, males who fall under this type of obese individuals are generally healthy. In fact, they engage in some healthy behaviors such as exercising on a regular basis. However, researchers from the US and UK found out that males belonging to this group engaged in high consumption of alcohol.

Type #3: Middle-Aged Men and Women Who are Unhappy

Also Read   How to Firm and Improve Saggy Breasts

Members of this group — consisting of both males and females but the latter is the majority — engaged in healthy living and consumed alcoholic beverages in moderation only. However, their mental health was not commendable. Many of them showed signs of depression, anxiety and insomnia, and therefore they were always fatigued.

Obese individuals in this particular group consist of the elderly who are affluent. What’s more, they are generally free of most of the complications of obesity as they actually had healthy lifestyles. However, many of them had high blood pressure and displayed characteristics of above-average alcohol consumption.

Type #5: Elderly With Physical Problems But Without Mental Ones

Members of this group of obese individuals consist of the elderly. Both US and UK researchers found out that the group had the highest prevalence of obesity complications which are also chronic in nature, such as high blood pressure and diabetes. The good news is these elderly had low levels of depression and anxiety.

Of all the types of obese individuals, those who are part of this group were the most obese and suffered from the most chronic health problems which are obesity complications. Researchers also said that these individuals had the highest levels of fatigue and pain. By the way, members of this group are the most financially-challenged.

Oh No! You Caught Jock Itch! (4 Ways to Rid of this Embarrassing