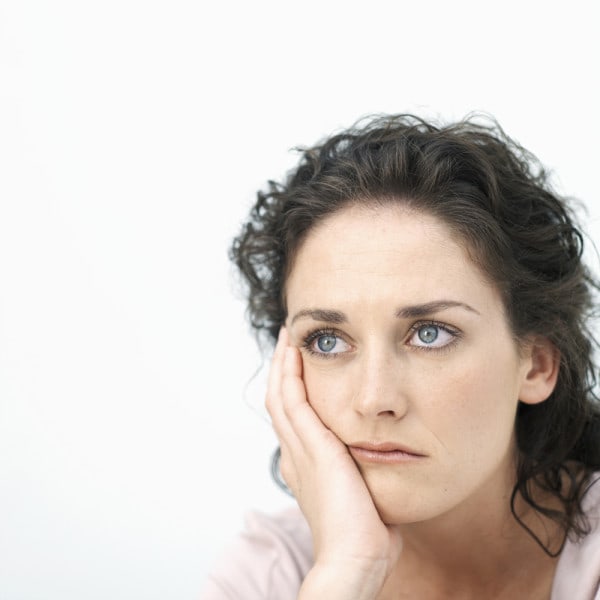 Workouts to Reduce Cellulite on Butt

MegWright
Your health, is, as they say, your wealth. It doesn’t matter how much money or resources you have, if your health is failing, then there is no way to enjoy it. However, it’s also a false idea that you can be healthy in body, and still not feel good about yourself. Current holistic medicine and philosophy teaches that the way you feel is affected by your health – and the other way around. In other words, even if your body is technically healthy, it’s possible
your own mood, your mental and emotional states, may be making you sicker.
That’s where mood support supplements come in by boosting mental and emotional states through subtle biochemical interactions.

Mood as a reflection of subtle health issues

Some people think that negative moods, unstable emotional states, or simple all-around depressive attacks are purely “mental” and psychological states of mind. The truth is, however, that even if some negative attitudes and patterns of thinking are probably reinforced by the way a person thinks, these thinking patterns are also minimized or strengthened by biochemical reactions and amounts of certain nutrients that a person has in his or her body.

Still, the major ingredients of majority of mood enhancers are designed to work with your body for best results.

Of the “B” vitamins, folic acid has the most amount in terms of ingredient percentages in most mood enhancers. This is because of the fact that folic acid is known for treating depression. Even better, if you are already taking antidepressants, folic acid can help magnify the effects.

Aside from being an antidepressant component, folic acid
can also reduce the
symptoms of chronic fatigue syndrome and risks of a heart a
ttack or stroke. Folic acid is also seen as a possible memory and thinking skill booster for older people.

Also known as Vitamin B12, cyanobalamin is an integral element to most mood enhancers. This ingredient is known for minimizing sleep disorders, and helps improve thinking and memory skills in older people, in much the same way as folic acid does. Like folic acid, it also aids in fighting chronic fatigue syndrome, and it can stave off fatigue and exhaustion. It also comes with a bonus ability of being able to lower cholesterol levels.

Also Read   Problems with Sleep and How to Solve Them

St, John’s wort is probably one of the key ingredients of most anti-anxiety and mood enhancing supplements, and this is because it is known as a traditional cure for light to moderate depression. It decreases the insomnia and anxiety related to it, and in conjunction with folic acid, can probably deal with some heavier forms of depression.

St. John’s wort is also effective for dealing with menopausal symptoms, and can help in the minimization of the symptoms of somatization disorder, where the body will feel phantom pains due to mental or emotional states. This plant extract is also known as probably having an effect on Seasonal Affective Disorder (SAD) and some forms Obsessive-Compulsive Disorder. Some have also reported that it is effective in smoking cessation.

Holy basil is an ayurvedic solution from India, where is used as an adaptogens against stress factors inherent in a person’s lifestyle. Aside from being a cure for many minor ailments, it is a perfect mood enhancing ingredient since it can lower anxiety levels, and stress. Symptoms such as forgetfulness, sexual dysfunction, continuous exhaustion, and sleep problems (such as insomnia) are minimized with its use.

Valerian is a traditional solution for sleeping problems, as it is usually combined with other medicines that can cause drowsiness. However, valerian itself is more about making it easier for the mind to slip into a sleeping state. Not surprisingly, valerian also is a perfect ingredient found in most mood enhancers as it lowers the levels of anxiety, and can be used to combat the effects of chronic fatigue syndrome. It also tones down restlessness, making it, in effect, a mild holistic sedative.

GABA (Gamma Aminobutyric Acid) is a chemical that naturally occurs in the brain. It is known for relieving anxiety, and is known as a popular mood support ingredient. It can address the symptoms of PMS and ADHD, and is also a proper support medicine for those who want to work out, as it promotes lean muscle growth, stabilize3s blood pressure, increases metabolism, and relives minor aches and pains.

Taurine is an amino acid that is known for boosting mental performance. Unlike the other mood enhancing ingredients, it affects attention and verbal reasoning, without affecting memory. In this case, it will help boost overall thinking skills by strengthening thinking mechanics and processes.

L-theanine is an amino acid that is found in green tea, and it is known for being an effective drug for lowering anxiety levels and blood pressure.

Spice Up Your Ponytail

15 Things You Should Know to Grow Strong and Healthy Nails

What are the Symptoms of Vitamin B6 Deficiency?