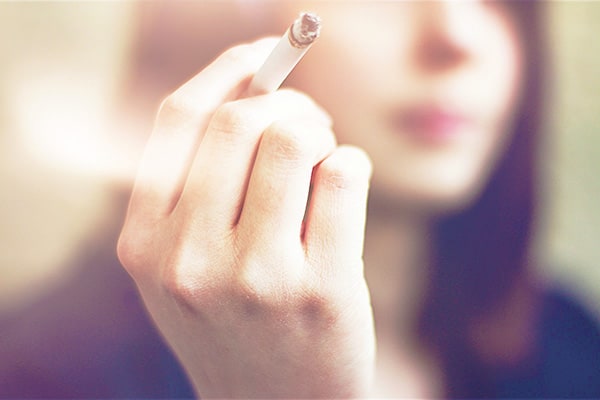 Reasons Why Roti Should Be Added to Your Diet

How to Achieve Glowing Skin for Brides-to-Be

Everything You Need to Know About Periungual Warts

There is no denying that depression is a devastating problem. Most people think that it’s just all about experiencing profound sadness. However, depression is also something that can leave the sufferer sluggish, mentally exhausted, and in severe cases, having no more will to keep on living.

Needless to say, depression is something very serious — so much so that it needs the assistance of a psychiatrist in order to help the person live normally and also avoid complications, such as suicide.

If you are aware of the graveness of having depression based on stories you have been hearing or reading about online or according to the accounts of family members and friends who suffer from it, read on. Below you will come across some everyday habits you should avoid to lower your depression risk.

Consuming fries or chips may make you feel wonderful, but enjoying them all the time may actually leave you depressed one day in the future, according to experts.

These days, more and more scientific investigations are establishing the link between depression and processed foods. Doctors believe that some of the ingredients in processed foods, including refined sugar, GMO’s, gluten and artificial additives, can cause a disruption in the brain chemicals, potentially leading to depression.

Based on a 2013 Michigan State University survey, individuals who admitted to spending a lot of time consuming media via all sorts of devices had reported symptoms of depression and social anxiety.

While it may seem time-consuming to watch a television show while streaming music using on your tablet and checking out various social media platforms on your smartphone, studies have shown that it’s something that can increase your chances of having depression. As with any other addicting stuff, moderation is paramount.

We all know that smoking is something that can put your lungs and heart in grave danger. Did you know that the said habit can also put you at risk of suffering from depression?

If it’s your habit to hit the hay late at night, chances are you may be sleep deprived. And when you are deprived of much-needed sleep, it’s very much likely for you to feel gloomy the following day.

A 2014 research by Binghamton University revealed that people who slept late every night had chronically negative thoughts, which is something that’s actually linked to depression development. On the other hand, those who regularly went to bed early had more positive thoughts.

Are you a woman and your choice of birth control is the hormonal kind such as injections, an IUD or the pill? Then don’t be surprised if you end up battling depression one day in the future.

Back in 2016, a 13-year period investigation conducted by the University of Copenhagen on Danish women aged 15 to 34 years old came to an end. The study found out that those who used hormonal birth control methods developed signs of depression. Talk with your doctor about birth control options that are non-hormonal in nature.

Being With Negative People

You may wake up one day exhibiting signs of depression if you are constantly surrounded by people who offer nothing but unhelpful comments, unconstructive opinions and depressing stories.

According to experts, spending most of your day with those who often send out negative vibes can certainly make you feel down. What you need to do instead is surround yourself with those who are more positive. It can be virtually impossible for you to always wear a frown if you are constantly with people with smiles on their faces.

Sourcerd.com
Previous articleApply Plain Yogurt on Your Skin and These Amazing Things Will Happen
Next articleHow to Deal With Flaky Skin Around the Nose

Beauty Tips From Around the World