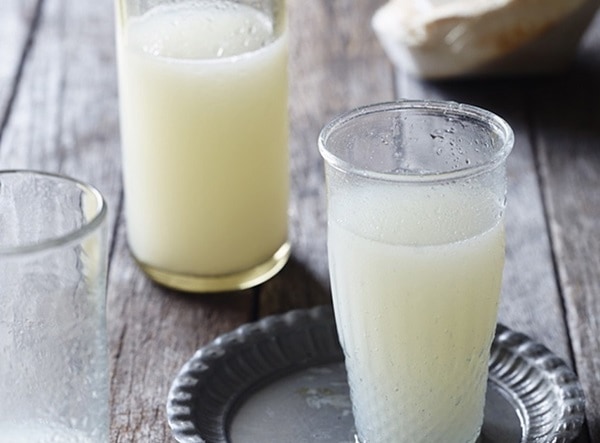 Thinking of Soups That Make You Lose Weight? Check This Out

With all of its many uses and health benefits, coconut is truly a blessing from Mother Nature. Although it is considered a tropical fruit, people from all across the globe are enjoying its many uses for a wide variety of applications.

Due to the usefulness of coconut in cooking and health, it now comes in different forms. Health food stores are now selling coconut butter, raw coconut cream, coconut flour, coconut oil, and coconut milk. Other coconut products that are being sold mainstream are shredded coconut meat and dry coconut flakes just to name a few.

Apart from the most common uses of coconuts, one form has only slightly experienced a spot in the limelight. Coconut kefir is a coconut-based product that people should be including in their diet regimen. It boasts many health benefits, including improved immune system functioning and eradication of disease-causing bacteria. Kefir is now growing in popularity, and a trend you should not miss out on!

The Importance of Consuming Fermented Foods

Before purchasing a coconut water kefir, it is important to understand how fermented and cultured food items work.

This may be surprising information, but did you know that the human body has more bacteria than human cells? Our bodies are composed of bacteria than all cells and tissues combined. Bacteria usually has negative connotation, but the ones that thrive within the body are predominantly good than bad.

Bear in mind that the body maintains a balance between bad and good bacteria. We are all healthy and well because of this unseen stability, but believe it or not, bad bacteria are important in keeping vital processes on. Problems only arise when the population of bad bacteria goes beyond that of the good bacteria. With this in mind, it is therefore important to keep the numbers of good bacteria at its peak at all times. Signs that  bad bacteria are winning against the good are the development if infections from yeast and fungus. Conditions such as acne, jock itch, cold, flu, and acne are signals that the body has more bad bacteria. Serious conditions linked to bacteria imbalance are sudden food cravings resulting in weight again, allergies, chronic digestive issues, and depression.

All these items contain high amounts of probiotics. There are also probiotic supplements that you can take in the event that you do not like to ingest the foods mentioned above.

Another option to increase the number of good bacteria in your gut is by eating food items that are considered as prebiotics:

Prebiotics feed the good bacteria in the gut.

There are also things that you must avoid as they destroy the good bacteria in the gut such as antibiotics, meat laden with hormones and chemicals, fungi, viruses, and yeasts just to name a few.

What is Coconut Water Kefir?

In essence, coconut water kefir comes from coconut water. It is a fermented drink that is made from kefir or grains that offer benefits to digestion, gut health, and the immune system Kefir is also known to be an excellent mood enhancer and even improves the functioning of the brain.

Kefir also includes dairy milk. This is an important ingredient as the sugars found in milk feed the good bacteria that enables them to grow in number.

Dairy kefir is valuable for its many health benefits. The kefir component of coconut water kefir contributes most for the drink’s many healthy qualities.

Coconut water contains natural sugars that feed he kefir grains just as effectively as sugars found in dairy. One major selling point of coconut water kefir is that it eliminates the side effects that come along with consumption of lactose.

There are many benefits to drinking coconut water kefir:

Where to get coconut water kefir?

Coconut water kefir is sold in health food stores. It is usually shelved in with other refrigerated fermented food items. Coconut water kefir is more expensive than dairy-based kefir and yogurt, but is known to be more economical in the long term. All that you need is one tablespoon of coconut kefir a day, thus a full bottle can last you a month.

You can introduce coconut kefir in juices and other beverage preparations. Simply add one to two tablespoons of coconut kefir into the mix. To add sweetness, you may opt to include lemon water or stevia. Coconut water kefir is also perfect if you wish to make overnight oats. It is important to remember not to add it in hot drinks as heat ultimately destroys probiotics.

Also Read   How to Stop Your Sugar Addiction Fast
Previous article
How Are Skinny Jeans Bad For Your Health?
Next article
Here are Tips when Choosing which Seafood is safe to eat

Eczema vs Psoriasis – Which Skin Condition Do You Have?

How to Treat Peeling Skin on Your Hands