School Sores: What You Need to Know About Them 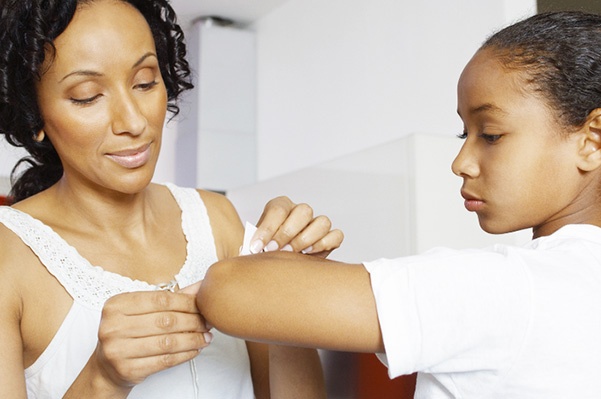 Based on the name alone, it’s quite clear that school sores are common in school-age kids. But just because you are no longer a child who is attending school doesn’t mean that you won’t end up with school sores. According to health authorities, adults may also wind up with school sores especially if they have certain skin conditions or weakened immune systems.

Due to the fact that school sores may also concern you, keep on reading this article — below you will find some of the most important pieces of information you need to know about school sores.

Put simply, school sores are a skin condition that can be easily passed from one person to the other. It’s for this reason why it is regarded as something that’s highly contagious. Also sometimes referred to as impetigo, school sores can be blamed on a couple of bacteria: Streptococcus progenies (or what everybody calls strep) and Staphylococcus aureus (or what everybody refers to as staph).

These bacteria are in fact naturally present in the skin, but in small numbers only and that is why they’re not able to do any harm. Most people carry these microorganisms in their noses. However, it’s a completely different story if they invade a break in the skin such as a scratch, wound or insect bite and multiply uncontrollably.

Kids are at High Risk of Ending Up With It

School sores are transmitted by physically coming into contact with the sores — these skin lesions are definitely teeming with bacteria responsible for school sores. And by the way, experts say that the sores are at their most contagious while they are oozing or crusting. Needless to say, it’s not a good idea to touch the school sores of others and then touch your own skin without first washing your hands.

Everyone may end up with school sores despite of what it’s called. However, it is more common in children as the bacteria causing them can easily spread from one child to the other most especially in a school setting. This is why children should be kept from stepping foot inside schools or day cares until such time that complete healing is attained or there’s no more outbreak around.

They Start Out as Seemingly-Harmless Blisters

Initially, school sores appear as very small blisters. They may seem completely harmless, but it won’t take long before they break and then start to ooze pus or clear liquid. And as they do so, those lesions tend to grow considerably bigger. After some time they will crust over, causing them to be covered with brownish or yellowish scabs. It’s during such time that school sores can cause itching or burning.

Just like what’s earlier mentioned, it is when the lesions are oozing or crusting when school sores are at their most contagious. Needless to say, kids and adults alike should refrain from coming into contact with others who are exhibiting such types of sores.

Oral and Topical Antibiotics are Used for Treatment

Because school sores are due to bacteria, the administration of antibiotics is the primary treatment. Usually, orally-taken antibiotic pills will be recommended to be taken for about 7 straight days. In some cases, topically-applied antibiotics may be prescribed as well, which is usually applied up to 3 times per day. The treatment, however, may vary depending on the severity of the infection.

Just in case school sores do not seem to improve after treatment or they come back after going away, it’s important to get in touch with the doctor right away as an entirely different treatment approach may be warranted. Further investigation may also be carried out to identify the reason for the refusal of the skin sores to go away.

How to Organize Your Fridge