Do You Have Alcohol Intolerance? Here are the Telltale Signs 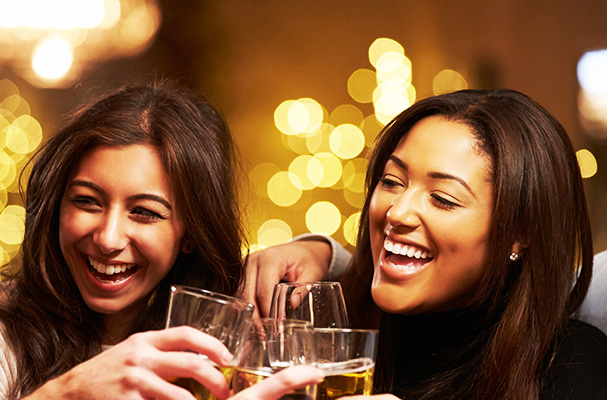 Add Body & Volume to Flat Hair With These 8 Easy Tips

It’s perfectly normal for people to become drunk after consuming certain amounts of alcohol. However, it is a completely different matter if you experience all sorts of unfavorable reactions immediately after the intake of alcohol or any other beverage that contains it. Most probably, you are intolerant to alcohol.

According to medical professionals, alcohol intolerance stems from the fact that the body, in particular the liver, does not produce enough (or at all) of a certain enzyme necessitated for metabolizing or breaking down alcohol.

Due to the insufficiency or absence of the said enzyme, alcohol in the system remains being a toxin, which the substance really is. It’s for this reason why the body’s immune system springs into action, resulting in all sorts of reactions — many of which are similar to those when you are suffering from an allergy.

Intolerance to alcohol is more common among Asians or those of Asian descent. There are also certain medical conditions that serve as risk factors for alcohol intolerance. One of them is asthma, and hay fever is another. Someone who suffers from Hodgkin’s lymphoma is likely to be intolerant to alcohol. Are you diagnosed of being allergic to wheat, dairy, nuts or any other food? Then there’s a huge possibility for you to have alcohol intolerance, too.

So how can you tell if you are intolerant to alcohol? Here are some of the known indicators:

Other than being red, the skin may also feel really itchy. Scratching can only make the affected areas of the body appear even redder. The reason why the skin itches when you suffer from alcohol intolerance is this: alcohol stays as a toxin because it’s not properly metabolized, and itchiness is one very common symptom of toxin accumulation.

If you have alcohol intolerance, it’s not unlikely for you to start having runny nose upon consuming alcohol. Needless to say, it is accompanied by sneezing a lot. In some instances, a person who is intolerant to alcohol gets stuffy nose. This is something to expect as the body’s immune system is in action.

Earlier, it was mentioned that someone who suffers from asthma is likely to have intolerance to alcohol. Actually, it’s a vicious cycle because the asthma can attack or worsen when alcohol is consumed. If it gets to the point when breathing becomes difficult, medical attention should be sought right away.

Someone who has alcohol intolerance may have nausea upon the consumption of alcohol. In some cases, this can be accompanied by vomiting, which can be expected as alcohol can irritate the lining of the stomach. There are times, too, when a person who is intolerant to alcohol suffers from diarrhea.

In layman’s term, hypotension simply means low blood pressure. If you are intolerant to alcohol, then your blood pressure may become lower than your baseline or normal blood pressure after consuming any alcoholic beverage because of the dilatation of the blood vessels.

It’s perfectly normal for the heart rate of an individual who is drinking alcohol to increase. But if the increase in heart rate is accompanied by some or all of the things already discussed, then it’s very much likely for you to have alcohol intolerance. The heart beats faster in an attempt to flush out toxins in the body more efficiently.

Sourcevisitepicenter.com
Previous article
Get a Tummy Tuck Without Having Cosmetic Surgery
Next article
Want to Lose Weight? Stay Away From Diet Products

Everyday Habits That Slow Down Your Metabolism

Things You Need to Know Before Getting LASIK Surgery

Tips for Busy Moms on How to Find Time to Workout

The Basics of Krav Maga