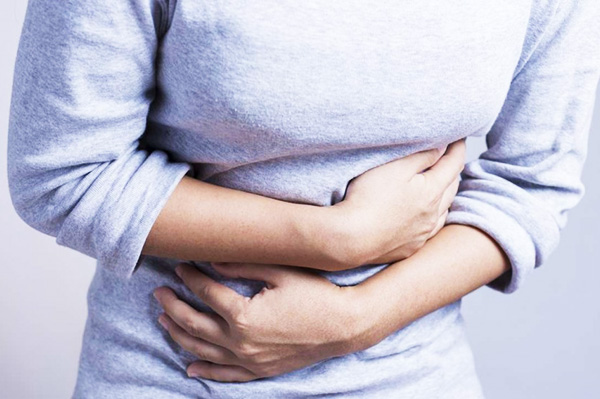 Tips and Tricks on Dealing with Oily Skin

Gastric ulcer is caused by many factors. According to Health Line, gastric ulcer is caused by an infection of Helicobacter pylori, long-term use of nonsteroidal anti-inflammatory drugs or NSAIDs like  ibuprofen and aspirin, hyperacidity or excess acid in the stomach (secondary to eating certain foods, smoking, stress, and genetics), and Zollinger-Ellison syndrome, a rare disease that leads to the production of excess stomach acid. As per the publication, factors and behaviors associated with gastric ulcer development include smoking, hypercalcemia or high calcium levels in the blood, a family history of stomach ulcers, being more than 50 years of age, and excessive alcohol consumption.

Gastric ulcer presents several signs and symptoms. According to Health Line, a burning sensation or pain in the area between the chest and the navel is the main symptom of stomach ulcer. As per the publication, the pain intensifies if the person did not eat and it lasts for few minutes or several hours. Associated symptoms, as per the publication, include dull pain in the stomach, weight loss, loss of appetite due to pain, nausea, vomiting, bloating, burping, acid reflux, heartburn or burning sensation in the chest, and pain that is relieved by eating, drinking, or taking antacids.

While medications like histamin-2 blockers, proton pump inhibitors, cytoprotective agents, and over-the-counter (OTC) medications may be prescribed, remedies can also be done at home to help manage gastric ulcers.

Since gastric ulcer is an affectation of the digestive system, diet and nutrition is one of the important concerns. As per Dr. Axe’s official website, top foods to eat for gastric ulcers include high fiber foods like pineapple and vegetables to helps repair the damaged stomach linings; green leafy vegetables like kangkong, since they provide vitamin K, which is beneficial in repairing lining damage secondary to excess stomach acid; fermented foods like yogurt, kefir, and kimchi to help prevent and/or manage Helicobacter pylori infection; and cabbage juice, since it helps in the recovery of the ulcers. As per the publication, spicy foods, caffeine, alcohol, allergens, and sugar should be avoided, since they can irritate or worsen the ulcers, in addition to potentially feeding bad bacteria.

One remedy for gastric ulcer is banana. Along with its potassium content, which maintains muscle strength, banana also has antibacterial properties, which help prevent or manage ulcers secondary to Helicobacter pylori. As per Top 10 Home Remedies, the person can eat banana or drink banana milkshakes. Also, the person may peel two to three bananas and cut them into thin slices, which placed and dried under the sun. The dried pieces are ground into a fine powder and mixed with a tablespoon of honey. The mixture is consumed thrice a day for one week.

Another remedy for gastric ulcers is garlic. As per Fred Hutchinson Cancer Research Center – Seattle researchers, as cited by Dr. David Williams website, garlic also has antimicrobial activities that help control Helicobacter pylori. Thus, garlic can be added to various meals to prevent and manage the condition.

Gastric ulcer may be caused by a bacterial infection and excess acid, resulting pain in the stomach area and neighboring organs which may affect a person’s daily activities and interaction with other people. Thus, it is best to consult a medical professional for proper assessment, diagnosis, planning, intervention, health education, and evaluation.

Sourcescmp.com
Previous articleWhole Eggs Health Benefits
Next articleToned Back Routine to Get Rid of Bra Bulge

How to Achieve a Diet that is Sugar Free

What Will Happen to Your Body If You Eat Salmon Every Night?

Makeup Ideas for the Busy Moms

Are You Going to Go Gray?