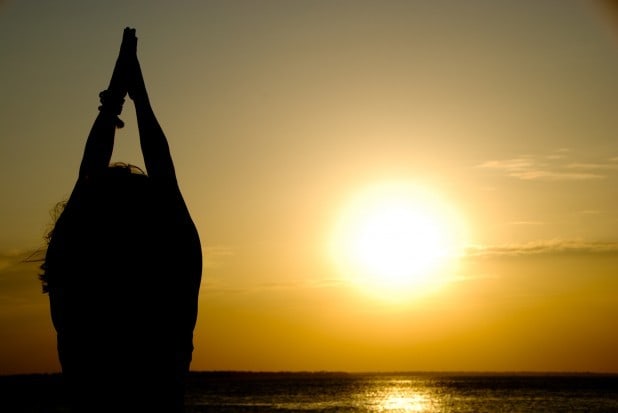 6 Foods to Avoid and Why in an Anti-Inflammatory Diet

You browse your Facebook feed and almost every other post is related to yoga. Some come with explanations, some with profound quotes, and some with, well, simple captions such as when and where the photo was taken. No matter what the captions are, the amount of pictures of people practicing yoga shows that it is popular in all parts of the world. There are different types of yoga but for this article, we will focus on one type called Surya Namaskar that consists of twelve different yoga poses. The transitions are fluid, easy, and very beneficial to your mental, physical, and spiritual health. Your breathing should be in sync with the body movements when doing the different postures. It may seem like it doesn’t do much, but it’s an exercise that does wonders for your body.

Surya Namaskar has twelve yoga postures and they are:

Beginners can start with two to four rounds of Surya Namaskar per day. The body has to familiarize itself with the movement, breathing technique, and extensions. You can gradually increase the number of rounds once your body gets in to the groove. The recommended number of rounds per day is twelve.

Some health benefits of Surya Namaskar are:

1. Muscles and Joints: Surya Namaskar increases flexibility in the spine and limbs, which helps increase a person’s height. It is also very good for the joints and the muscles (especially leg, neck, and shoulder muscles). With proper execution, Surya Namaskar can also improve your body’s posture and balance.

2. Digestion: The seamless sequence of yoga poses in Surya Namaskar help increase blood flow to your digestive tract. This triggers intestinal action for smooth digestion as well as elimination of toxins from the body. If you have constipation and dyspepsia, you might want to try Surya Namaskar because it can also get rid of those conditions.

3. Insomnia: If you’re having trouble sleeping, daily rounds of Surya Namaskar will help you. It can help get rid of insomnia and other sleep-related disorders because the combined physical exercise and breathing techniques calms the mind and relaxes the body. Surya Namaskar increases sleep efficiency and quality.

4. Diabetes: The pancreas is triggered by some of the postures in Surya Namaskar. As a result, this increases the production of insulin and helps improve the blood flow throughout our bodies. Surya Namaskar is highly recommended for diabetics.

5. Stress and Anxiety: Daily rounds of Surya Namaskar will benefit you especially if you are under so much stress, pressure, anxiety, or are experiencing depression. Aside from reducing tension, it allows your body to relax because it brings down the level of cortisol- a stress hormone. Instead, it triggers an increase in production of serotonin, a known “feel good” neurotransmitter.

6. Menstrual Cycles: Surya Namasakar is beneficial to women who are having irregular menstrual cycles. By controlling the pituitary and adrenal glands, pain is reduced during menstruation and the regularity of menstrual cycles is ensured.

7. Hair Loss: Blood circulation in the scalp is increased as you do the different postures of Surya Namaskar. This causes an increase in the rate of hair growth and prevents hair loss. It also helps impede gray hair and other scalp conditions such as dandruff.

8. Weight Loss: One of the reasons why yoga has become so popular is because of its weight loss benefits. If you practice Surya Namaskar and you execute the poses properly, you will definitely lose weight. It’s a simple exercise that burns a lot of excess calories. It can also help keep your stomach flat and remove the flabs because some of the postures stretch the muscles in your abdomen.

9. Healthy Skin: Keep your skin healthy, young-looking, and glowing by doing rounds of Surya Namaskar daily. It’s a natural solution to skin problems such as pimples and acne plus, it can stop the onset of wrinkles.

10. Detoxification: Lungs undergo thorough ventilation during Surya Namaskar because of the active inhalation and exhalation processes. This increases the oxygen levels in the blood, thus allowing proper detoxification.

Surya Namaskar is best done during the wee hours of morning (before eating breakfast) in an open, outdoor area. It’s best to do the postures in open spaces because it allows the air and the positive energy to flow freely. You also get to bask in the morning rays of the sun and absorb lots of vitamin D.

A Word of Caution:

There are safety precautions that need to be considered before doing these yoga postures. If you are suffering from a slip-disk, back pain, arthritis, hernia or heart disease, you must consult your doctor before practicing Surya Namaskar. Pregnant women who are already in their second and third trimesters should keep from doing yoga. During menstruation, refrain from practicing Surya Namaskar too.

Ways to Fall Asleep Minus the Medications

Tips for Beginners of a Plant-Based Diet

Health and Beauty Benefits of Sage

Good To Know Tips Before Going On An Acne Popping Spree