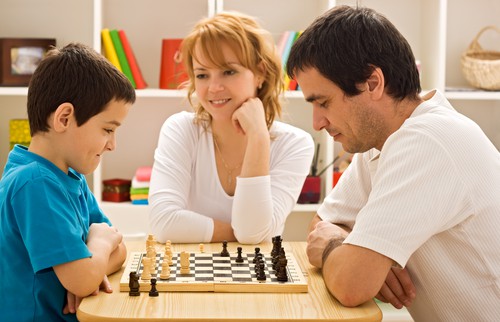 How to Remove Cholesterol Deposits Around the Eyes

Tips on Using Your Makeup Blender

Get Better Sleep With This DIY 3-Ingredient Foot Spray

They say that what’s good for your body is also going to be good for your brain. Therefore, regular exercise, enough sleep, and eating healthy foods can help in keeping your brain sharp. There are evidences though that points to a whole host of activities that can aid in keeping your brain young despite the advances in your chronological age. There are no magic activities in particular that you need to do, but partaking in a couple of these mind stimulating pursuits can certainly help your cause.

1.Try your luck with dancing lessons.

Research have shown that senior citizens who took up ballroom classes and danced their way to a much healthier lifestyle have a 75% lower risk for developing dementia compared to their contemporaries who do not dance at all. Why? Because dancing is considered a complex activity—it involves eye, hand and leg coordination and is certainly aerobic– it keeps your blood pumping throughout your entire body. Improved blood flow especially to the brain can improve your brain connections which is
beneficial to brain health.

2. Learn to play a musical instrument.

Whether it’s a piano, a ukulele, or a saxophone, researchers have found out that playing any kind of musical instrument can highly improve your brain’s health, your memory in particular. Even the act of simply listening to music can heighten your brainpower. The Stanford University School of Medicine has released the result of a recent study that shows that listening to baroque music in the likes of Bach and Vivaldi can lead to changes in the brain that aids
in improving one’s attention span and storing events into the brain’s memory cache.

They say that the onset of dementia can be delayed by learning a new language. Based on a study published back in 2013 by the scientific journal Neurology, bilingual persons develop dementia on an average of 4 ½ years later than those who only spoke one language. Other research has established that people who can speak in different languages are more likely to excel in paying attention and multi-tasking versus those who only know a single language. Experts say that the earlier a person learns a different language, the better it is for him or her and can provide optimal brain benefits. Bu then again, it’s never too late to learn anything new; and every language learning counts, no matter how little it
may seem.

If you want to keep your brains fit, try playing chess, checkers, bingo and other card games. A French study conducted in 2013 concluded that there’s a 15% lower risk for dementia among people who play board games. It seems that playing chess and other board or card games can help build an individual’s cognitive reserve, ergo buying the person some extra time against the onset of a lot of brain problems.

Reading can be very good for the brain—it’s like exercise for your neurons. Make it a habit to read atleast a few articles a day and try to ponder on them for a bit. Your brain will thank you for doing this in no time.

If you think that multi-tasking proves that you have a very capable brain, then you’re sorely mistaken. When you multi-task, it hi-jacks your brain’s frontal lobe—the lobe responsible for problem-solving, decision-making and all other areas of learning that are important in maintaining good brain health. Intensive research has shown that doing one thing at a time as opposed to doing everything at once can help improve the brain’s higher order reasoning, the ability to learn new things and the capacity to apply newly-acquired information into practice.

7. Write about what’s stressing you

In a study that’s been done in the University of North Texas in Denton, the college participants who wrote of their stressful experiences for 20 minutes for three consecutive days have exhibited a considerable improvement in their memories and grade point averages after the exercise. It was therefore hypothesized that stress may cause intrusive and unwanted thoughts, and if you wanted to get rid of those unwanted thoughts, you need to write it out—not only will this practice eliminate what’s bothering you, it will also improve your brain’s working memory.

Tips on How to Go Into Ketosis

9 Ways to Help Reduce Muscle Tension After a Workout

What Sleep Deprivation Can Do To You