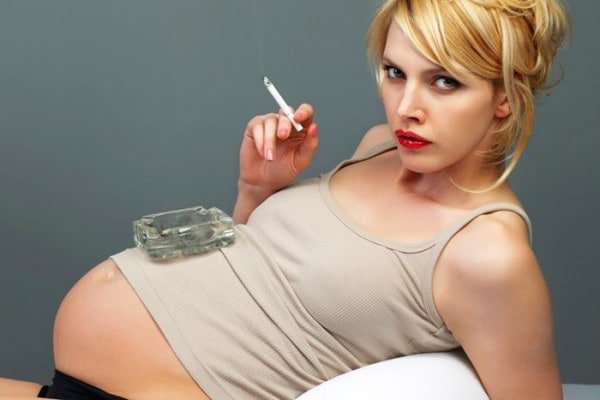 Despite the perceived continuous drop in the number of smokers in the general population, the same cannot be said with women smoking during pregnancy. Based on a recent National Household Survey on Drug Abuse about a third of women in the reproductive age regularly smoke.

The figures based on five surveys conducted in the United States reveal that the extent of smoking during pregnancy in urban regions is around 22% to 30%. Statistically, the number of heavy smoker pregnant women has substantially increased during the past decade.

In Canada, 57% of heavy smokers are female while 31% are male. In the context of smoking during pregnancy, this figure represents a heightened risk for both mother and baby. Maternal smoking essentially impedes fetal development that can lead to a number of pregnancy complications as well as after birth defects.

It is also significant to note that smoking during pregnancy can lead not only to potential health problems but also a number of physical, mental, and emotional complications as well.

Indulging in Cigarette Smoking During Pregnancy

When pregnant women continue to indulge in cigarette smoking during pregnancy it causes harmful effects in the development process of the baby.

It is also responsible for exposing the baby to potentially dangerous chemicals like tar, nicotine, and carbon monoxide among others. Exposure to about 4,000 different types of chemicals goes contrary to the goalof establishing healthy pregnancy.

Smoking and Drinking While Pregnant

Unfortunately, many pregnant women are not content with just smoking during pregnancy. Many of them combine an equally damaging habit, alcohol drinking. This can potentially result in fetal alcohol syndrome aside from the established effectsof smoking.

Moreover, babies that are born to women that continue drinking and smoking during pregnancy are likely born:

4. Underweight based on the weeks of pregnancy

Keep in mind that premature and low birth weight babies face higher risk of serious health problems that can include lifelong disabilities like mental retardation or cerebral palsy and in worse cases even death.

Sometimes when people talk about smoking during pregnancy, they tend to forget that this deals with more than just maternal smoking. Generally, this topic should also cover secondhand and thirdhand smoke that can result in comparatively the same or even worse effects on the development of the baby.

In this aspect, it is important to define secondhand and thirdhand smoke in the context of achieving healthy pregnancy. Secondhand smoke basically happens when the pregnant woman inhales the smoke from someone else.

The dangers established with this type of condition affects not only babies in the womb but extend to young children as well. When babies are exposed to secondhand smoke they:

Thirdhand smoke is a relatively new health hazard which results from toxic gases and particles that remain after cigar or cigarette smoking. In the context of smoking during pregnancy, these toxins can include carbon monoxide, lead, and arsenic which can cling to the hair, clothes, carpets, and couches even after smoke has cleared the room.

Breathing in these toxins has lingering and devastating effects in terms of healthy pregnancy.

Effects of Exercise and Smoking During Pregnancy

Coping with Stress and Pregnancy

For many pregnant women, smoking during pregnancy is used to justify coping up with stress and pregnancy. However, it has been convincingly established that there are more practical and healthy ways to do this.

There is a possibility when you quit smoking that your stress level will substantially increase. This however does not mean that you should continue smoking during pregnancy. One of the best ways to cope with this is to exercise during pregnancy to replace your dependence on cigarettes.

Other justifications used by pregnant women for smoking during pregnancy also include fighting off depression during pregnancy. A better alternative though is to increase your state of relaxation or consult a therapist.

Some pregnant women believe that smoking helps them to counteract heartburn during pregnancy supposedly because it aids in their digestion. A healthier way would be to practice better eating habits like eating smaller meals more frequently which also helps to attain healthy pregnancy.

8 Suprising Causes of Body Odor You Should Know

Get to Know These Lesser-Known Causes of Hair Loss

Pedal your Pounds Away: Cycling Towards Your Weight Loss Goals

Slim Down With These Fruit Smoothies

A List of Truths and Lies about those so-called Cellulite