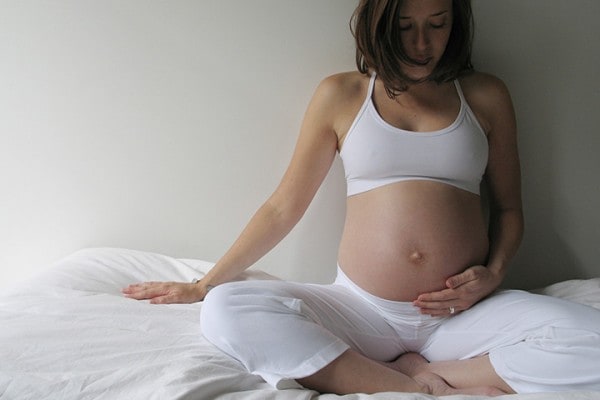 What Type of Sleeper Are You?

How to Stabilize the Mood During PMS

Benefits of Simplifying Your Life

Essentially depression is a type of illness and as such requires pregnant women to consult a qualified medical professional. Usually, depression during this condition can also be taken in the context of stress and pregnancy.

Normally, pregnant women experience a certain level of strain or stress brought about by the increased hormone (estrogen and progesterone) levels in their bodies. Depression during pregnancy can be quite sad considering that this condition is normally considered as one of the happiest moments in the life of a couple.

Based on the statistics of the American Congress of Obstetricians and Gynecologists, approximately 14% to 23% of women will experience depression symptoms during pregnancy. Depression during pregnancy is referred to as Antepartum Depression and is defined as a type of mood disorder similar to Clinical Depression. This condition brings changes in brain chemistry causing anxiety in pregnant women.

Depression during pregnancy can be worsened by life situations experienced by pregnant women. There are basically two forms of Antepartum Depression:

1. Major depression – interferes with the ability to work, sleep, study, eat, and enjoy. This can lead to pregnancy weight gain as well as other eating disorders like heartburn during pregnancy if untreated.

2. Mild depression – can function normally with daily activities but has erratic behavior with some episodes of major depression.

Also Read   Desserts You Can Make On the Grill

Trigger Factors for Depression during Pregnancy Undoubtedly the condition of depression during pregnancy does not happen by itself. There are some factors which can contribute to triggering it as well as worsening the condition if left unchecked. Because of the possible health problems that can be associated with this condition and the need for healthy pregnancy, it is important to identify the following contributory factors:

1. Family or personal history of anxiety or depression

4. History of pregnancy loss or abortion

7. Past abuse experiences in other relationships or within the family

8. Other potential risk factors like unplanned pregnancy for example

Can Depression Cause Heartburn during Pregnancy?

As the baby increases in size, the potential relationship between depression and heartburn becomes more evident. Common symptoms of heartburn that can be attributed to depression during pregnancy include:  Chest pain or burning sensation o Vomiting o Nausea o Bitter or sour taste in the mouth o Bloating o Loss of appetite

Essentially pregnant women experiencing depression during pregnancy make it virtually impossible to attain healthy pregnancy. This is because when depression remains untreated it can lead to serious health problems for the mother and baby like:

The condition of depression during pregnancy also prevents mothers from bonding properly with the baby. Moreover, depression is also closely associated with increased tendency to smoke. It is a well-known fact that smoking during pregnancy can lead to pregnancy complications like preterm labor, placenta previa, and stillbirth.

Furthermore, just like smoking during pregnancy, the Royal College of Psychiatrists has established that there is a connection between depression and drinking while pregnant. In general people who drink alcohol regularly (regardless the amount) are susceptible to feeling depressed.

Often, people turn to drinking to relieve depression or anxiety, but, since alcohol affects brain chemistry, the depression during pregnancy is aggravated by drinking while pregnant. According to the Surgeon General fetal alcohol spectrum disorders can include learning disabilities, facial abnormalities, and central nervous system disorders among others.

Coping with Depression during Pregnancy

1. Taking it easy. As much as possible lessen your load for the day until you have delivered your baby. Delegate other chores like setting up the nursery or cleaning the house to other people. There is a reason why pregnant women have maternity leave, so they can avail of bed rest if necessary. Basically during pregnancy taking it easy means taking care of your baby.

2. Getting some exercise. Remember that pregnancy is not an excuse to just sit around or lie down the whole day. Regular exercise not only helps you to deliver the baby easier but it also uplifts your mood. When you exercise your body releases endorphins that help you to cope with emotional stress and therefore counteract depression during pregnancy. Make sure though to consult your health care professional on the type of exercise that will be safe for you.

3. Finding an outlet. One of the most difficult things for pregnant women is to feel emotionally alone or abandoned. Having the feeling that they have no one to talk to makes them begin harboring fears and worries that lead to depression during pregnancy. This is why it is so important to keep communication lines open during pregnancy and if necessary avail of counseling or therapy to cope with negative emotions.

Top 10 Facts About Thyroid Cancer That You Should Know

Four Different Types of Diabetic Neuropathy and their Symptoms

5 Ways Using Your Mobile Gadgets are Hurting Your Body

Skin Care Mistakes that You Should Stop Doing