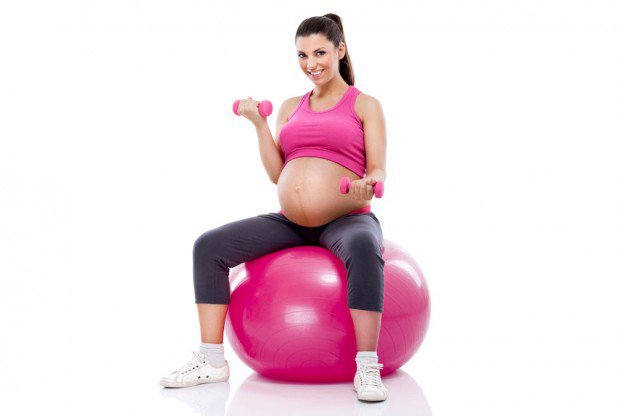 Exercise during pregnancy is not as simple as it sounds. Keep in mind that pregnant women need to consult their health care provider before engaging in any type of strenuous physical activity.

For those who have a routine, you can adapt it as you grow and move through the pregnancy. Make sure that your heart rate does not go above 140 beats per minute especially during the first trimester.It is equally important to have good support when you exercise during pregnancy but avoid tight fitting clothes.

Benefits of Exercise on Stress and Pregnancy

For majority of pregnant women feeling tired, gaining weight, and not feeling their best are common daily occurrences. However, engaging in exercise during pregnancy can help improve these conditions and possibly provide relief.

Aside from the obvious physical benefits, regular physical activity can also help relieve stress and pregnancy complications. Majority of symptoms that normally manifest during pregnancy and cause discomfort can be resolved with exercise during pregnancy.

8.After pregnancy weight gain can be eliminated

Undoubtedly pregnancy causes many hormonal and physiological changes that dictate how a pregnant woman can effectively exercise. Because of these changes exercise during pregnancy should be done moderately to avoid tiring out quickly.

To ensure that your heart rate is at an acceptable level when you exercise during pregnancy, you should be able to talk normally.Body changes normally include:

1. During pregnancy hormones are produced which allow the ligaments to relax. These ligaments are responsible for supporting the joints. Because they are too relaxed the joints become more mobile with higher risk of injury. High impact, jerky, or bouncy motions should be avoided.

2. During pregnancy weight gain is imminent. The extra pounds in front of the body shifts the center of gravity which causes stress on the muscles and joints particularly at the lower back and pelvis areas. As a result the pregnant woman becomes less stable and susceptible to back pain making it easier to fall and lose balance.

3. Extra weight during pregnancy means the body needs to exert extra effort. When you exercise during pregnancy there is an increased flow of oxygen and blood to the muscles but away from some parts of the body. This is the reason why you should never overdo it.

Also Read   Tips on How to Treat Dark Spots Overnight

4. In some instances heartburn during pregnancy can also affect the ability of pregnant women to exercise. This is because of the discomfort normally associated with this condition especially during the late stages of pregnancy particularly during the third trimester.

Negating Smoking During Pregnancy with Exercise

Generally risks identified with smoking are dramatically and immediately reduced when quitting. Unfortunately, stopping smoking during pregnancy or any other phase in life can be more difficult than it seems.

However, exercise has been established as one way to mitigate smoking if not totally eliminate it. Presumably, exercise during pregnancy can help pregnant women stop the habit either temporarily or permanently.

The Cancer Epidemiology Biomarkers & Prevention journal published in 2006 which confirmed that smokers either current or former had lower chances of developing lung cancer because of their active lifestyle compared to sedentary ones. The level of physical activity that can be handled and appropriate will differ among pregnant women.

Essentially, engaging in exercise during pregnancy improves cardiovascular function as well as HDL cholesterol levels. This is good for pregnant women because it improves blood flow as well as allowing more oxygen supply into the body which is needed for optimum development of the fetus.

Basically, pregnant women who smoke and exercise during pregnancy are in a better state compare to those who smoke and don’t exercise.

Effects of Drinking While Pregnant

Also Read   How to Spot a Heart Attack

Effects of drinking while pregnant can include:

1. Affecting health of the baby during birth

2. Susceptibility of the baby to diseases from infancy to adulthood

4. Irreversible damage to the overall development of the baby

It is beyond debate that exercise during pregnancy can bring numerous benefits to the mother and baby. However it is important to be aware of warning signs that should cause you to stop exercising like dizziness, headache, chest pain, vaginal bleeding, shortness of breath, and uterine contractions among others.

Keep in mind to consult a healthcare professional before beginning any exercise during pregnancy.

Foods to Help Beautify Your Skin

Check Out These Healthy Alternatives to White Rice

A List of Genius Health Hacks Every Girl Should Know