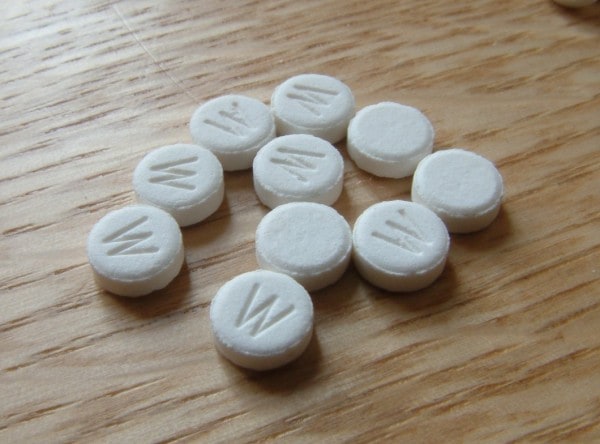 Foods That Can Cause Miscarriage

Exercises for Sexy Arms and Shoulders

It is not a bad thing to want to be feel good about yourself since this promotes a positive outlook on life, and it is a proven fact that we, as humans, are the most effective if we have a positive mindset.

One big factor in how we see ourselves is our weight. You would think that this dilemma would only affect the appearance of those who struggle with it but you would be wrong. Those who have shown tendencies to be overweight have been observed to be willing to go to any ends just to be able to surmount this challenge. Nefarious others, taking advantage of this willingness, create false illusions of easy get-slim-quick schemes or take-this-pill-and-you’ll-never-see -flab-again solutions. Some of these are harmless and the worst you could accomplish by them is feeling silly about yourself and hurting your budget.

But not all of these treatments are harmless, some actually do work, some actually shave pound after pound off your physique and you begin to see ‘the real you’, but that’s not the end of this tale. These miracle workers, as some like to call them, have adverse and harmful effects that could maim you for the rest of your life, and some could even go as far as take your life.

One such drug is Ephedrine. The effects of this drug are well recorded and during its use in the western world, it has been linked to many premature and untimely deaths.

How does this drug work?

This drug affects weight loss by increasing the body’s energy expenditures rather than limiting food intake. The thermogenic qualities of this substance sound wonderful right? You can eat all the food you want but you still get to maintain your present weight. This is about right except that, in humans, this drug works at the level of the skeletal muscles, meaning that you’re actually burning muscles and not just fat. It also has many negative effects to many systems of the body. At the present, There are ‘precisely measured’ pills that are being marketed that contain Ephedrine as its main component and with other various botanicals mixed in that are said to balance the effects of Ephedrine. These claim not to burn the muscles but only the fat, however, these claims are unsubstantiated as there is no proof of clinical trials that record the effects of these newer drugs.

You said ‘newer drugs’. Why? Is there an older version of this drug?

Ephedrine is not new on the scene. It has been around for about 5,000 years. First used by the Chinese as a home remedy for hay fever and asthma, its decongesting qualities proved to be very helpful. However, this is not the Ephedrine that we know now. A newer version, called the ECA stack, is the real culprit behind the ill repute of Ephedrine and was linked to multiple incidents of premature death, this drug came under FDA regulation in the early 1990s. At that time Ephedrine was being used in a dangerous cocktail of caffeine and aspirin and it was much sought after by athletes and body builders because this mixture heightened athletic performance and it further helped them shed weight and fat before a competition. This type of Ephedrine was probably synthetically produced because it was discovered that it wasn’t cost effective to isolate the chemical from the natural sources. Nowadays, synthetic Ephedrine can only be obtained from a pharmacy and required a doctor’s prescription, further, it is never used a a dietary supplement but is only used to treat bronchitis and asthma since it is also a bronchodilator.

Aside from being its thermogenic behavior, what are the other effects of Ephedrine?

The effects of Ephedrine range from the physical to the psychological. The biggest factor that professionals have linked to the premature deaths is the vasoconstricting properties of Ephedrine. The narrowing of the passage ways of the arteries lead to conditions that include angina, hypertension and cardiac arrhythmias or irregular heartbeats. There is also profuse sweating, flushing and acne vulgaris. There is a marked decrease in urination and some difficulty might accompany this function. Other effects include, dizziness, tremors, headaches and a dry mouth. You also experience respiratory problems one of which is pulmonary edema, that also leads to dyspea or labored breathing. This is sad to say bu this list is not complete. There is restlessness, confusion, insomnia and in special cases hallucinations, paranoia, hostility and agitation accompany the other symptoms.

Also Read   Best Exercises for People Who Sit All Day

Tests have revealed that there is indeed weight loss related to the intake of Ephedrine and that people who have proven resistant to other avenues of weight loss are easily slimmed down by Ephedrine, however, results also showed a 15 beat per minute increase in heart rate, lower levels of urinary nitrogen excretion and one interesting long term effect is that participants in these tests regained the weight they lost once they stopped their intake of Ephedrine. This is another factor that could prove diabolical to those who use this drug since you will have to continue taking it once you start it and you’ll be continually exposing yourself to its side-effects once you do so.

As you can see, the physical cost of losing just a few pounds is indeed very high and others have even given the ultimate price for this lapse in judgment. Whether it was because of lack of knowledge or willful rejection of good advice, who can tell but to you who is reading this now, you should be able to see and decide for yourself that the effects of Ephedrine are undue and overrated and the danger of using this drug far out-weighs the benefits.

Previous article
FAQ on Casein Protein: The Uptake on the Intake
Next article
The Truth about Side Effects