Things That Increase Your Risk of Catching a Cold 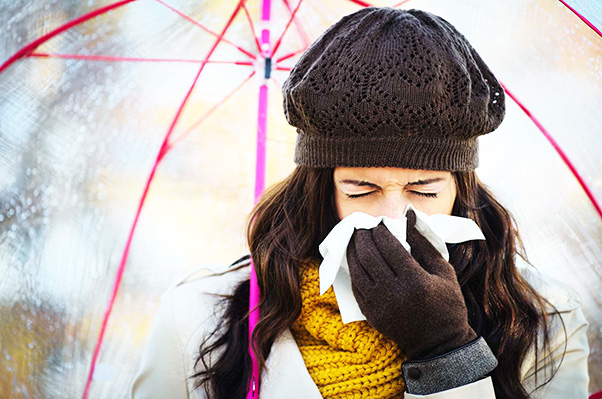 Sure Signs That You’re Super Stressed

Tips to Cover up Grey Hair

The common cold is caused by over 200 different types of cold viruses. Anything that causes you to come into contact with any of those viruses can leave you with a cold, and not having wet hair or being exposed to low temperatures.

When the cold season is nearing or already here, it’s a must for you to know some of the things that can increase your risk of catching a cold. Some of the ones that you should always remember include:

Everyone knows that the common cold is, uh, more common during the coldest or wettest times of the year. No, it has nothing to do with the weather, but where you spend most of your waking hours.

When it’s cold, snowing or raining outside, you tend to stay indoors most of the time, and this is what makes you at higher risk of having a bout of a cold.

You see, spending a lot of time indoors puts you in closer proximity with other individuals, and some of them may have the cold or are spreading around viruses that are responsible for the upper respiratory tract infection.

There are a couple of reasons why being young can put someone at higher risk of ending up with the common cold — not washing the hands frequently and having an immature immune system.

You see, one of the best ways to keep a cold at bay is frequent hand washing, especially because the more than 200 cold viruses can be found on most objects like doorknobs, elevator buttons and toilet flush levers.

Also Read   Foods to Avoid If You Suffer From Bloating

Having an immature immune system keeps the body from fully defending itself against invading cold viruses. Aside from kids, adults with weakened immune systems are also at higher risk.

Do you love partying all night long? If so, you are actually inviting those hundreds of cold viruses to come partying inside your body. According to experts, lack of sleep is something that can increase your chance of ending up with a cold.

Not getting enough Z’s at night registers to the body as a form of stress, and it’s a fact that stress can weaken the immune system. As a result, you become more defenseless against cold viruses.

One of the smartest things that you can do when the cold season is nearing is to get a good night’s sleep each time. Actually, you should do so all year round to ward off the cold and many other health problems.

If you are leading a very stressful life, then it’s very much likely that you are one of those ill people who spend a great deal of time in bed during the cold season.

Doctors say that psychological stress can definitely put you at higher risk of ending up with a cold — it all has something to do with those stress hormones leaving your body defenseless against those ruthless cold viruses.

Make sure that you avoid as much stressors as you can and also engage in some of the most effective stress-busting activities to lower your risk of catching a cold as well as other illnesses.

Needless to say, being a smoker puts you at higher risk of ending up with a cold than anybody else who isn’t a smoker. However, it’s not just the cold that you should worry about if you smoke cigarettes, but many others.

But just because you are not a smoker doesn’t mean right away that you are more defended against the common cold. Exposure to secondhand smoke is also a risk factor for a cold, experts say.

Sourcerd.com
Previous article13 Foods You Should Never Eat for Breakfast
Next article5 Best Facial Cleansers for a Beautiful Complexion

The Condition Of Heartburn During Pregnancy; Causes, Diagnosis, and Treatments

Health Complications of Being Overweight

How to Diagnose and Treat Gastritis at Home