Get to Know the Different Causes of Hemorrhoids 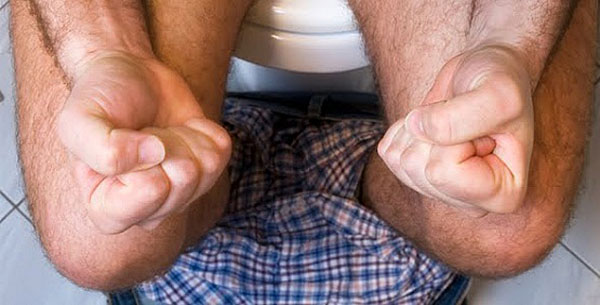 Pros and Cons of the Ketogenic Diet

Hemorrhoids can be very horrible, but the good news is they are highly treatable. However, it’s very important for them to be seen by a doctor as soon as they appear to keep them from worsening, which is something that’s likely to happen as time passes by and they remain untreated.

Does the thought of having your nether regions inspected by a doctor mortify you? Then do your best to keep hemorrhoids at bay. Knowing the usual causes, which are discussed below, can help lower your risk of having them.

If you often find yourself straining each time you are seated on the toilet, you may end up with hemorrhoids sooner or later. Experts say that the most common cause of hemorrhoids is repeated straining. Luckily, warding off constipation can be done by opting for a diet that’s rich in fiber, as well as drinking plenty of fluids throughout the day. Being physically active is also an excellent way to prevent constipation from striking.

Experts say that being seated for long periods of time, especially on hard surfaces, can increase your risk of having those painful and embarrassing hemorrhoids. If your work entails sitting in front of a computer from 9 to 5, remember to stand up from time to time to prevent blood from pooling in the blood vessels situated in your behind. Also, it’s a good idea to refrain from having a sedentary lifestyle if you want to considerably lower your odds of having hemorrhoids.

Also Read   Everything You Need To Know About Sitz Baths

Women who are in the family way are prone to suffering from hemorrhoids. This is due to the fact that the growing babies in their wombs are putting some added pressure on the blood vessels in the rectal area. What’s more, pregnancy can also cause constipation, something that is regarded as a risk factor for hemorrhoids.

Everyone knows that being overweight is linked to a host of health problems, ranging from lower back pain, diabetes to heart disease. Did you know that packing a lot of excess weight can also put you at risk of ending up with hemorrhoids? Again, it’s because of the extra pressure placed on the rectum’s blood vessels. By regularly exercising and making healthy food choices, you can shed off unwanted pounds and lower your risk of hemorrhoids and other health problems.

Did a family member of yours suffer from hemorrhoids in the past? Then there is a possibility for you to also have it at least once in your lifetime. According to experts, hemorrhoids do run in families!

Sourcehowtogetridofhemorrhoidsinfo.com
Previous article
Health Benefits of Nutritional Yeast (And How It Can be Added in the Diet)
Next article
Expect These Health Perks If You Drink Black Pepper Water for a Month

The Top 10 Sources of Vegetable-Based Protein

Eat Yourself to a Healthier 2016 You

Reasons Why Alcohol Makes You Fat

Find Out How This Food May Help You Slim Down

6 Signs That Your Skin is Stressed Out