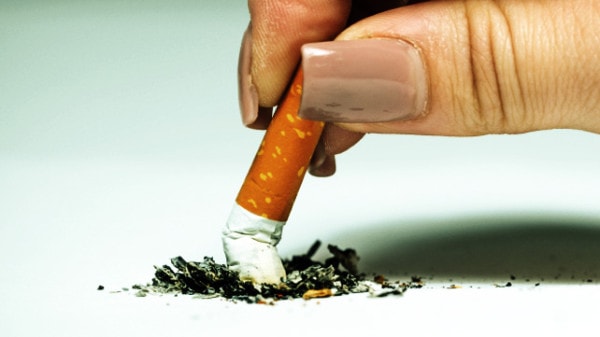 What are the Most Common Causes of Sharp Pain?

The perks of using black pepper have a farther reach than just your regular spice rack. Read on for some surprising ways on how black pepper can help you quit smoking, soothe pain, brighten your laundry, ease nasal congestion and more.

Now you can easily combat a mucus-y cough by making
yourself a cup of black pepper tea plus honey—a natural home remedy that’s been rooted in New England folk medicine as well as traditional Chinese herbal medicine. The action of the pepper stimulates your circulation and mucus flow whilst honey is a
natural antibiotic and cough reliever. To prepare, place a teaspoon of freshly ground black pepper and add two tablespoons of honey in a cup. Fill it with boiling water and let it steep for roughly 15 minutes. Strain the start sipping. Though another unusual remedy for cough that you may also want to try: sprinkle some black pepper on a lemon wedge. Start
sucking on the lemon as long as you can to experience quick relief.

3. It can help you quit smoking

In a study published in 2013 in the Journal of Alternative and Complementary Medicine, it is found out that the inhalation of the scent of black pepper oil can reduce the cravings of nicotine users. When interviewed, participants reported a slight tingling and burning sensation in their throats which copied the sensation they feel when they smoke nicotine. Researchers then suggest smokers to place a few drops of oil in a cotton ball and smell it when a craving hits.

Also Read   6 of the Healthiest Countries in the World: What is their Secret?

Pepper acts as a natural decongestant. It contains chemicals that can irritate the sinuses which trigger the production of thin mucus that can help clear your nose. Add roughly 5 drops of pepper oil plus a dash of eucalyptus oil (you may pick these up from a natural food store) to boiling water. Smell the mix
to unclog your nasal passages.

5. It can soothe sore muscles

Do you feel uncomfortable after a tough workout? You can start loosening those tensed muscles by massaging them with pepper oil. Black pepper is termed as “warming” oil due to its capacity to increase circulation which heats up the area it was applied into. This will help relieve tight muscles. Add two drops of black pepper oil to four drops of rosemaryoil. For additional relief, you may also add two drops of ginger oil. Once your mixture is created, apply it directly to skin or mix with 1 ounce of jojoba or coconut oil to create a salve you can use whenever
your muscles ache.

6. It can improve your digestion

A meal riddled with pepper may be easier for your stomach to digest. Black pepper aids the digestive process by stimulating the production of hydrochloric acids—a stomach acid that helps in the breakdown of foods.

7. You can add it to your skin care routine

Black pepper is also known for its antibacterial and antimicrobial properties that help maintain clear skin. Pepper also increases blood circulation which gives the skin a healthy flush. It also brings a gentle heat to the skin which can open skin pores and facilitate deeper cleansing. The black pepper’s texture
works great as an exfoliant too!

A lot of people swear by the capacity of the black pepper to stop small cuts and scrapes from bleeding. The antibacterial properties of black pepper appear to be of help in the coagulation of the blood which makes the bleeding cease. Still, application of pressure in the wound is recommended to make any bleeding stop and seeking medical attention immediately for those serious injuries where bleeding is hard to stop.

Previous article
Hair Coloring 101: What You Need to Know About Bleaching
Next article
The Truth About Pimples and What they Say About Your Health

Have You Heard About the TLC Diet?

Healthy, at Home Treatments for Facial and Body Acne