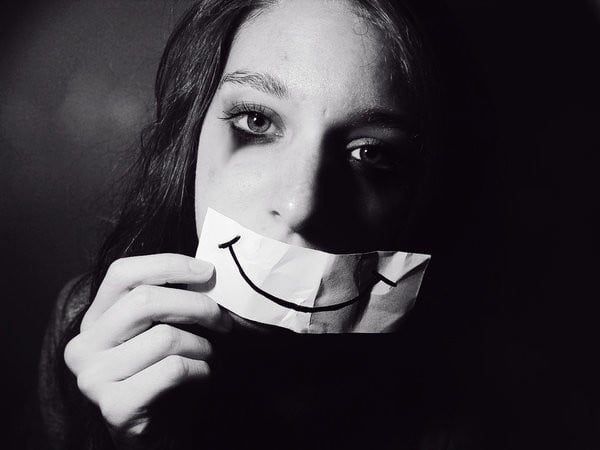 Depression isn’t something to joke about. It’s not just teenage angst, quarter-life crisis, or simply an excuse that grown-ups make. There are hundreds of thousands worldwide who are suffering from depression. If you are one of these people, whether you have been diagnosed or you suspect yourself of having a depression due to the recurring symptoms, breaking a sweat may help.

It’s not to say that exercise will make your depression go away, and you will wake up one day not feeling depressed anymore. But it certainly has the power to make a difference. The Journal of Sport and Exercise Psychology published a study linking heart-pumping workouts with happiness. This study is supported by many other researches that say how physically active people are more excited and enthusiastic than others. Exercise, aside from being a good way to de-stress and help you get back on track with your sleeping habit, will help help you steer clear from feelings of depression.

So if you’re on a depression treatment plan or if you feel like falling into this very dark place, you might want to consider practicing a workout routine. Experts explain how your brain stimulates the release of the chemicals in your brain thought to be insufficient when one is depressed. No idea where to start? Here are 7 excellent exercises to reduce symptoms of depression.

1. Tap Into That Runner’s High

Lately, there have been evidences that show that the best exercises for battling depression or cardio and aerobic. However, there is no relationship between the intensity and amount of exercise to its emotional benefit. This being said, simply moving sets you off to a great start. You also don’t have to be too hard on yourself about how putting in the minutes.

Have you heard about “runner’s high”? Do you have friends who started running and now cannot seem to stop and constantly telling you about how running becomes so addictive and seems to make them high? This is not a myth. According to certain studies, when running, some brain chemicals are stimulated causing athletes to experience a crossing of a certain threshold of exertion. It is kind of a euphoria, and this can be explained by the brain releasing endorphins, which are considered as our “body’s natural morphine.” What happens when these chemicals are released? We get a different sense of well-being or joy and we feel less sadness and pain.

While there’s a whole lot of talk about “runner’s high”, it doesn’t mean that you won’t get anything from simply walking. Remember that walking is still a form of aerobic exercise, and it sure is one of the tricks to feeling better. This is especially a good start if you’ve been leading a sedentary lifestyle.

Another thing that’s good in walking is that you don’t have to allot a specific time of the day to do it. One of the most popular excuses people make when not being able to exercise or follow through is lack of time. Walking doesn’t take much from you. By simply making better choices, you will be able to do this exercise. For instance, you can park farther from the office entrance, for lunch choose a farther place that’s still a walking-distance, and take breaks from your desk job and walk around your floor.

Doing strength and muscle exercises can help trigger happiness. Based on a recent study conducted on 45 depressed stroke survivors, strength exercises are effective in fighting depression. The participants joined a 10-week strength training program, and it has been observed that the symptoms of depression were reduced, among many other health, mental, and emotional benefits.

What makes strength training ideal to help deal with depression? Strength training puts an emphasis on mastery and control, requiring full concentration and attention. This is a good way to divert your attention from dark and depressing thoughts. When it comes to overall physical benefits, being dedicated to training will reveal formation of muscles. However, if you’re starting from zero training, don’t put your muscles in shock. Start slow and increase the intensity gradually.

Yoga has become a popular exercise in the recent years. If you don’t particularly like workouts that are competitive and risky, yoga is a great option. A lot of studies report about the numerous benefits of yoga – physically, mentally, and emotionally. This discussion about how yoga helps improve balance and flexibility, focus and emotional perspective are all true. Hence, it’s a good exercise to ease signs of depression.

In one of the studies conducted to confirm the association, 65 women diagnosed with depression participated. 34 women regularly took yoga classes twice a week within 2 months, while the rest did not. Results revealed that the women who practiced yoga showed a significant reduction in symptoms of depression and anxiety, as oppose to those who did not. It’s been said that yoga has an antidepressant effect. The exercise involves a boost in mindfulness, which in turn breaks the pattern of negative thoughts and actually improve meditation process.

Today, there are many yoga studios everywhere. Attend classes near you, so you can be more consistent with the practice. Also, try the different kinds of yoga, and see which one works best for you.

Tai chi is similar to yoga in terms of the slow, gentle movements. Unlike yoga though, in tai chi, you are constantly in motion and not holding the poses or postures. It’s another tradition from the East that will help you stay away from any major depressive disorder.

There have been studies too that show the benefits of tai chi when it comes to fighting depression. In one study, 14 older Chinese patients diagnosed with depression showed a remarkable decrease in their depression symptoms after three months of doing tai chi. Aside from the meditative nature, it’s also been theorized that the social aspect of tai chi may also be a factor in reducing depression symptoms, since tai chi is usually done in groups.

Also Read   How to Make your Pet Enjoy Bath Time

If you’re adventurous outdoorsy type, who are always game for a bungee-jumping, cliff-diving, mountain-climbing, and water sports, that’s great. However, if you are not into one of those risky adventures, it doesn’t mean that you can’t enjoy being outside. There are other activities that you can enjoy outdoors such as gardening, washing your car, or simply playing with your kids. All these seemingly mundane movement will be good for you. It’s because it’s been proven that a healthy dose of sunlight can help boost your mood. The increase in serotonin levels may be the very reason. During the dark, wintry months, there’s a drop in serotonin levels. This may also be the reason why we usually associate the cold with melancholy.

When it comes to doing outdoor activities, feel free to choose what works best for you.

Sounds quite funny, right? But it’s true and effective. If you feel sad abruptly with no apparent reason, a simple way to break out of a funk is to bounce. At least temporarily. You don’t need anything for this. No need for a jump rope or a big trampoline (although that would be awesome, right!). But this exercise is so simple. Simply bend your knees and bounce as fast as you can. Do this for a few minutes, and observe a sudden change in mood. Experts say that this is one easy way to oxygenate your brain and release some of those endorphins

Sourceimg: www.kathmandupost.ekantipur.com
Previous articleTips to Boost Your Sex Appeal
Next article10 Ayurvedic Ingredients That Are Proven to Help Lose Weight

Got a Sore Throat? Gargle With Any of These for Relief

Tips To Motivate You for Morning Workouts

How to Jump Start Your 2019 with Keto Diet