Telomeres- The Key to Living Longer 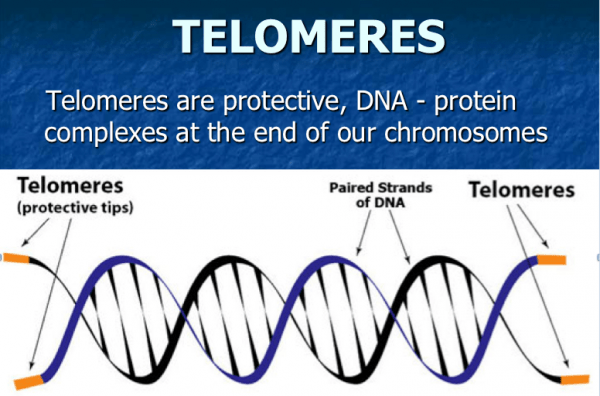 Questions To Ask Before Joining a Gym

Health and Beauty Benefits of Aconite

An accidental sneak peek at the possible future of medicine and a glimpse of his own mortality is what happened to Calvin Harley, PhD, back in 2010. Dr. Harley was having a tough year since he was trying to help launch a start-up biotech company. “I was under a lot of stress, wasn’t doing much exercise, and had gained a bit of weight,” Harley recalls. Amidst all of the craziness that was going on around him, he volunteered to have his blood undergo a series of tests that measured the length of his telomeres.

Telomeres are segments of DNA that can be found at the end of your chromosomes. Harley began to study telomeres at McMaster University in Canada during the 1980’s. As the pioneer researcher, he was among the first to have his blood subjected to such testing back then. Recent advances in technology made tests faster, cheaper, and more consistent. With these developments, Harley noticed something about his telomeres- they were getting rapidly shorter.

There’s no need to worry if this is the first time you’ve come across the word “telomeres” or if you don’t know what the significance of having short telomeres is because you’ll definitely be hearing more about it real soon, thanks to scientists like Dr. Harley. He and his colleagues published an unprecedented paper in the journal, Nature. In the paper, they talked about the connection between the shortening of telomeres and aging in human cells. Cardiovascular diseases, diabetes, osteoporosis, osteoarthritis, infections, Parkinson’s, Alzheimer’s, along with some forms of cancer are just some of the chronic age-related conditions linked to telomere length. The studies and discoveries connected to telomeres, aging, and health have become notable that one of Dr. Harley’s Nature co-authors shared the Nobel Prize in Physiology or Medicine for her work in the field back in 2009.

Having all this information at the back of his mind while looking at his test results, Dr. Harley decided that some changes were in order. He changed his diet and he started to run more. As a result, he began to lose ten pounds and he started to ease up at work. He measured his telomeres every three to six months and noticed another pattern: his telomeres have increased in length.

In the next three to five years, stories about telomeres could become ordinary, and Dr. Harley wants to make sure that that happens. Telome Health, the company he founded, is one of three around the world (the others are in Spain and Canada) that offer telomere tests. At present, individuals can avail of the tests through their doctors but there is a new Telome test that uses saliva instead of blood – this makes the tests even more accessible to the general population. According to Dr. Harley, “some doctors see telomere tests like a new cholesterol test” he further adds, “something you’d do on a regular basis”.

Despite these studies and discoveries, the significance of telomere length for any given person remains uncertain and a lot of questions have remained unanswered. What is the relevance between telomere length and our body’s health? If we find ways to lengthen them will that mean we get to live longer? Can we control telomeres? The most important of all these questions is, what can we do to help build on breakthrough discoveries that link telomeres, aging, and disease to improve our health and (hopefully) help us live longer?

Are you familiar with aglets? These are the tiny caps that you see at the end of your shoelace. Their job is to keep the laces from unraveling. Telomeres are like aglets – they keep the rodlike chromosomes from fraying and tangling with other chromosomes. If our bodies did not have telomeres, genetic information would degrade and this will lead to cell malfunction, an increase in the risk of disease, or worse, hasten death. The telomeres get a little shorter every time a cell divides. With years of replication, telomeres eventually wear down and since this prevents cell division, they either become dormant or die. More tissues will have trouble with rejuvenation, the body follows the cells, undergoes aging, and eventually breaks down. To make the long story short, your cells have a built-in aging clock and this is not set by your chronological age in years. Rather, it is set by your biological age in telomere length.

The largest known study on telomere length and health to date had 100,000 volunteers. Their telomere measurements were matched with electronic records and other data. The results showed that compared to people with long telomeres, 10% of the people with the shortest telomeres were almost 25% more likely to die in three years. Catherine Schaefer, PhD, director of the research program on genes, environment, and health at the Kaiser Permanente Division of Research in Oakland, CA says “what we don’t know is whether telomere length is a passive marker of health and aging or if it actively determines things like whether you’re going to be susceptible to heart disease or how long you’ll live”. The association remains significant, regardless. Dr. Schaefer further adds that “finding out you have short telomeres isn’t the same as getting a death sentence”. However, the increase in risk is similar to smoking a pack of cigarettes a day for thirty days.

Also Read   What is African Mango?
Sourceimg: www.gawlerblog.com
Previous articleSuperfoods for Healthy Skin, Hair, and Nails
Next articleMake Your Skin “Winter-Ready” with These Ten Superfoods

Surprising Benefits of Sea Salt That You Should Know

Health Risks You Might Get at the Nail Salon

Foods to Eat in a Macrobiotic Diet

The Perks of Adding Butter to Your Coffee