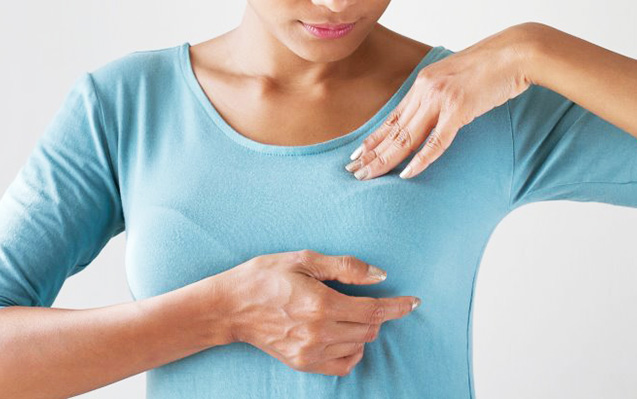 We all know how sensitive the nipples are. Just imagine how unfortunate it would be for them to become scaly, cracked, red, tender, itchy and oozing! Well, there is actually a skin condition that’s just like that, and it’s referred to as nipple dermatitis. Despite of its name, the areola may be affected, too, and not just the nipples.

Skin experts say that nipple dermatitis is more common in individuals with atopic dermatitis or what some people know as eczema. Women who are breastfeeding are also said to be at higher risk of having nipple dermatitis. This is especially true for those with a history of vaginal yeast infection.

Just like other types of dermatitis, this one that affects the nipples tend to relapse — one day it’s completely gone or its signs and symptoms are considerably reduced, and then the next day it steps back into the scene. Fortunately, dealing with nipple dermatitis at home can be quite easy with the help of some very simple procedures.

The problem with nipple dermatitis is it can deceive with its sign and symptoms. That’s because there are rare instances in which it’s not really nipple dermatitis but Paget’s disease, which is an uncommon form of breast cancer. It is exactly for this reason why doctors usually perform a biopsy if nipple dermatitis doesn’t respond to treatments.

Nipple dermatitis may affect one or both nipples. Usually, the various signs and symptoms show up on or affect the areola first. There are instances in which both the nipple and areola (the darker-colored skin immediately surrounding the nipple) are affected. However, it’s possible for only the nipple or areola to be the one affected.

The affected area may be red, dry, scaly or crusted. Sometimes it’s also oozing. It’s very much likely for someone with nipple dermatitis to experience pain and itchiness, too. However, scratching is definitely not a good idea as it can break the skin, something that can bring in more problems especially when an infection strikes.

Who are at Risk

Anyone who is suffering from or has a history of atopic dermatitis is considered as at risk of having nipple dermatitis. The same is true for a person who has really sensitive skin which can be easily irritated — friction from clothing and allergic reactions to harsh chemicals in personal care products may give rise to the development of nipple dermatitis.

Breastfeeding women, according to skin experts, are at higher risk of having nipple dermatitis. They can easily have the skin problem if their babies are using bottles and/or pacifiers at the same time. Those who have atopic dermatitis or eczema are certainly more at risk of ending up with nipple dermatitis.

Tips for Caring at Home

Women who are breastfeeding can find it very unfortunate to have nipple dermatitis as they have to consider their own welfare as well as that of their babies. Here are some tips on dealing with nipple dermatitis:

The affected area should be gently cleaned with a small cloth dipped in warm water.

Afterwards, the nipples and areola should be dried thoroughly. A little petroleum jelly or lanolin may be applied. There is no need to wash off the nipples when breastfeeding again.

It’s a good idea to seek the help of a counselor if breastfeeding proves to be a challenging task.

Breastfeeding women are not the only ones who are at risk of developing nipple dermatitis, but others as well. Here are some ways to manage the skin problem at home:

Also Read   Steps on How to Make the Best Salad

Clean the nipples with water only because the use of soap may only cause aggravation.

The affected area may be moistened with water and then a little petroleum jelly may be applied for relief.

An OTC painkiller may also be taken for managing pain.

Twice a day, hydrocortisone cream (5%) which is available OTC may be applied on the problem area.

Sourceeverydayhealth.com
Previous articleTips on How to Treat Dark Spots Overnight
Next articleReasons to Eat Marula Fruits

Hair Tips for People Who Love To Color Their Tresses

Detoxifying Foods to Add to Your Diet

Bentonite Clay: What is It and Can It Really Beautify Your Skin?