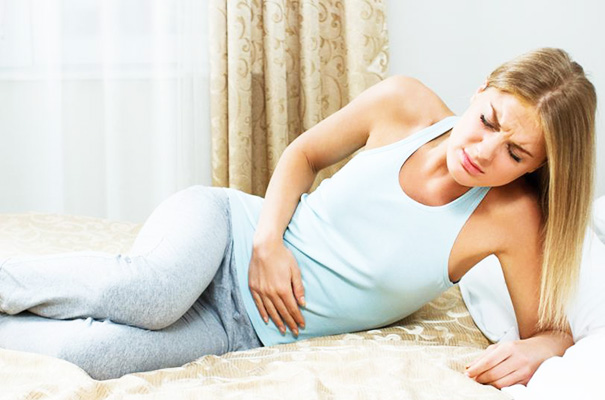 Celiac disease refers to a genetic autoimmune disorder, which involves gluten in the diet. Ingestion of gluten results to small intestine, which leads to poor nutrient absorption. Since the disease is hereditary, a person with a first-degree relative with celiac disease has one out of ten risk of developing the disease. The following are the causes, signs and symptoms, and home remedies for celiac disease.

Celiac disease results from a triad of factors: genetics, gluten, and other environmental factors. While the aforementioned factors are known to be contributing ones for the disease, the exact cause of it remains idiopathic or unknown. As per the publication, other factors that may trigger celiac disease include pregnancy, childbirth, surgery, viral infection, emotional stress, infant feeding practices, gut bacteria, and gastrointestinal infections. To add, the risk of developing celiac disease is higher in people who have a relative who has the disorder, type diabetes, Down syndrome, Turner syndrome, autoimmune thyroid disease, microscopic colitis, Addison’s disease, and rheumatoid arthritis, among others.

While a gluten free diet is part of the nutritional plan of a person with celiac disease, home remedies can also be done as optional methods of the disease management.

Also Read   How to Use Mayonnaise for Beauty Treatment

One remedy for celiac disease is papain. According to Organic Facts, papain is a supplement that can activate the small intestine enzymes responsible for identifying gluten and decrease the response of the immune system. This way, the signs and symptoms of the disorder will be reduced. As per the publication, the supplement can be found in most health food stores; but then, the supplement is not equivalent to the disease treatment, since some people still experience plain effects of the disease.

Since a person with celiac disease has imbalance nutrient levels, these can be corrected through supplementation. According to Dr. Axe’s official website, a person with the disorder may take supplements that contain folate, vitamin B 6, B 12, D, zinc, calcium, and iron. As per the publication, the person may discuss possible test with his doctor to verify any nutrient deficiencies and add supplements that accelerate the healing secondary to damage and inflammation due to the autoimmune attack.

Aside from nutrient correction, consumption of certain foods also helps promote digestive health. According to Home Remedies for You, these include yogurt, which boosts digestive system healing; fish oil, which helps reduce intestinal inflammation; gold seal and olive leaf extract, which enhance the immune function; and chamomile and slippery elm, which also act as natural remedies for the condition. As per the publication, drinking horsetail tea also helps relieve celiac disease signs and symptoms, since the tea has anti-inflammatory properties. The tea can be drunk at least three times a day to decrease intestinal inflammation and increase digestive health.

Also Read   DIY Toners that Your Skin Will Love

Celiac disease is a hereditary autoimmune disorder, so a person who has a direct kin who has the disease has an increased risk of developing the disease. Thus, it is best to seek medical consult for genetic counseling, assessment, planning, intervention, education, and evaluation.

Quick Tips to Improving Your Diet

Why You Should You Include Bottarga in Your Diet

Punching Off the Pounds: How to Lose Weight with Boxing