Does Your Chest Feel Like It’s on Fire? Here’s How to Stop It 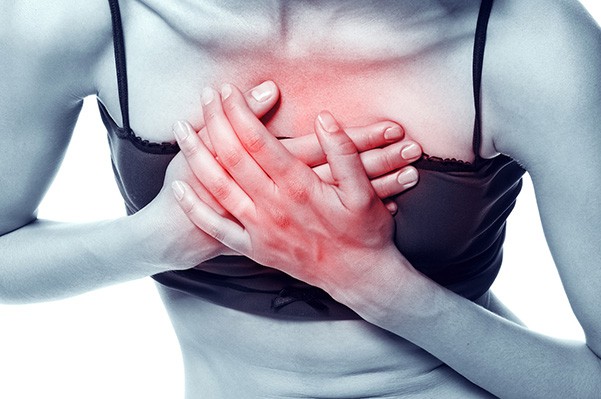 What You Should Know About Cholesterol

Tips on How you Can Help Seniors Achieve Optimum Dental Health

When digestive acids in the stomach go up the esophagus, which is not normal, it can cause heartburn. Just like what the name says, it can make it feel as though your chest is on fire, although it has nothing to do with the heart.

There are many things that can make heartburn strike. Sometimes it’s the consumption of foods that are spicy, greasy, fatty and acidic. Certain drugs may also be the culprit, such as painkillers. Bad habits like cigarette smoking and excessive drinking of alcohol can cause it as well.

Obesity and pregnancy are also common heartburn causes as there’s an increased pressure on the stomach, causing acids in it to flow back up in the esophagus. Hiatal hernia and various medical conditions that involve the esophagus and stomach may also make a person prone to having heartburn.

Knowing the triggers or underlying cause can make it easier to dodge a bout of heartburn. When it strikes, there are some home remedies that can help put an end to it, such as:

Reach for a glass of water and dissolve half a teaspoon of baking soda in it. Baking soda is a natural antacid so it’s very good at putting an end to heartburn. However, baking soda contains sodium so you should minimize your use of it if your doctor told you to limit your sodium consumption.

Pure aloe vera juice is capable of coating and protecting the lining of the esophagus, and that’s why drinking half a cup of it when you’re being bugged by heartburn is a smart idea.

Increasing your saliva is a good remedy for heartburn because it washes down acids that have gone up your esophagus, as well as dilutes those that are in your stomach. A quick way to stimulate saliva production is by chewing gum. However, do avoid the peppermint kind as it can actually make your heartburn worse.

Some people snack on a piece of banana each time they’re being bugged by heartburn, as the said fruit is capable of neutralizing excess stomach acids. However, some individuals say that bananas actually trigger or worsen their heartburn, so make sure that you make observations after consuming a banana.

Because chamomile tea has soothing properties, it can help deal with heartburn. It puts an end to the irritation going on in your esophagus, thus causing that annoying heartburn to go away.

In some cases, heartburn can be caused by insufficient acid in the stomach, medical experts say. To test if the root cause of your heartburn is such, you can try consuming a glass of water with a tablespoon of unfiltered apple cider vinegar. If this makes your heartburn go away, then it’s very much likely that you are lacking in stomach acids.

Sourcesheknows.com
Previous articleReasons Why You Should Work Out Today
Next articleTips on Beating Bunions Naturally

Have You Heard About the Dirty Keto Diet?

Pedal your Pounds Away: Cycling Towards Your Weight Loss Goals

Benefits of Kala Namak or Black Salt for Your Skin, Health, and Hair