5 Reasons To Include Spinach On Your Diet 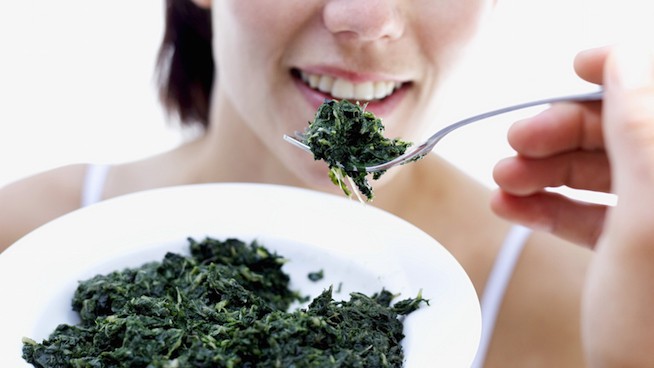 Healthy Foods That Can Be Dangerous in Excess

Signs That Tell You that You’re Not Drinking Enough

People might associate spinach with Popeye as the popular cartoon character loves it so much as he also becomes physically stronger after eating it. However, apart from it being the favorite food of a fictional person, spinach is also known for its considerable nutritional and health value.

One of the best things about spinach is the many ways you can consume it. You can eat it lightly booked, lightly boiled, served in a salad and even as a smoothie. You can also cook spinach casserole or spinach parmesan pasta recipe. Creativity and resourcefulness is the key to spinach.

Despite being originally from Asia, spinach grows almost everywhere in the world. If it doesn’t grow where you are, it can still most likely be found in a supermarket near you as its reputation as a “super food” is so great, some people are obsessed with it. You can even buy it at Walmart in 10-oz packs for less than $5. Plus, it is not as expensive as its other brethren in the vegetable family like say, iceberg lettuce or spaghetti squash.

Spinach is the perfect addition to your diet as it has very high vitamin and mineral content which builds up your body systems. It also contains vitamin K1 which lessens the effects of osteoclasts, the cells that disintegrates the bones.

Spinach is also popular among nutritionists’ circles for being a major source of antioxidants like zinc, vitamin E, vitamin C and manganese. This means that eating spinach can decrease chances for damage caused by oxidative stress like high blood pressure.

You also don’t need to worry about your weight-loss remigen as spinach has very low calorie content.

Vitamin C is a major agent against an unhealthy colon and to prevent free radicals from damaging your gastrointestinal organs, you have to ingest more vitamin C-rich food. Luckily, spinach is one such food as researchers have learned that every 180-gram cup of spinach has 17.64 mg of vitamin C.

Spinach is rich in lutein, which is known for protecting against ageing-caused cataracts and macular degeneration. While studies have shown that the human body has difficulty absorbing lutein. That can be rectified by eating the spinach with a little bit of fat.

Spinach is also an excellent source of iron. Iron is very important to how the body operates and once a person is iron deficient, there is a big potential for blurry vision. Eating spinach will help in addressing that problem.