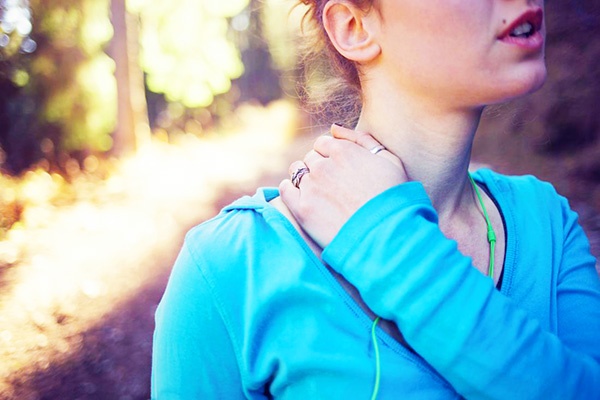 Make your Love Life Flourish with this Guide: How To Know If A Guy Likes You

Also known as the clavicle, your collarbone is a slightly S-shaped bone whose one end is attached to your sternum or breastbone and the other is connected to your shoulder. You have a pair of collarbone.

Many different things can cause your collarbone to end up achy, ranging from sleeping on your side for extended periods of time, osteoarthritis to a fracture. Some causes of aching of the collarbone require immediate medical care, while at times it may go away on its own.

If right now you are experiencing collarbone pain, keep on reading. Below you will come across some of the most common causes of it. But before you proceed, do take note that none of the pieces of information found below should be used as professional medical advice that only a doctor can give.

Especially if you tend to sleep on one side, it’s not unlikely for you to wake up in the morning with collarbone pain. The good news is that it’s something that goes away on its own — you just have to wait it out.

Some people who cannot wait for a long time for their collarbone pain to go away simply pop OTC painkilling medications in their mouths. Others prefer to deal with the problem by applying an ice pack.

Collarbone pain that can be blame on arthritis can be dealt with through a number of ways. Lifestyle and dietary changes are some of the most popular of the bunch. Minimizing shoulder use and also taking non-steroidal anti-inflammatory drugs or NSAIDs are other common solutions.

Just because there’s pain where the bones meet doesn’t mean right away that the one responsible for such is osteoarthritis. It’s just that it is possible for the joint, including that of the collarbone, to end up injured if it’s used excessively or as a result of a trauma or an accident.

Mild cases tend to go away on their own especially with the help of home remedies such as resting and icing the affected area. However, there are times in which medical intervention is warranted, and it can range anywhere from the intake of prescription painkilling drugs to the use of a brace to stabilize the joint or surgery.

Sometimes the cause of collarbone pain is not the joint but the bone itself, such as in the case of a fracture. Due to the fact that the collarbone is a thin and elongated bone, it’s very prone to ending up broken due to things such as contact sports mishaps and vehicular accidents.

A crack in the collarbone oftentimes requires the victim to wear a sling or brace for several days to give the collarbone plenty of time to heal on its own. However, a more severe collarbone fracture may warrant surgery in which pins or a plate or rod are used in order to keep the bone fragments in their proper positions.

It’s possible for your collarbone to move away from its normal position, and it may apply unnecessary pressure to a blood vessel situated right in between it and your highest rib. Such is what’s referred to as thoracic outlet syndrome and it can cause pain, swelling and even changes to the color of your hands and fingers due to disrupted circulation.

Many different things can increase your risk of battling thoracic outlet syndrome. Some of them include being overweight or obese, having poor posture or weakening of the shoulder muscles. Sometimes it can be due to repetitive straining or lifting. Some cases of thoracic outlet syndrome are congenital, which means they’re present since birth.

Feel free to share this article on your various social media sites before you go to get everyone you care about also know the above-mentioned common causes of collarbone pain.

Ease Arthritis Pain With These 4 Moves

Save Your Strands: Ditching the Bad Habits that Cause You to Lose Hair

Natural Cures for Anxiety and Insomnia