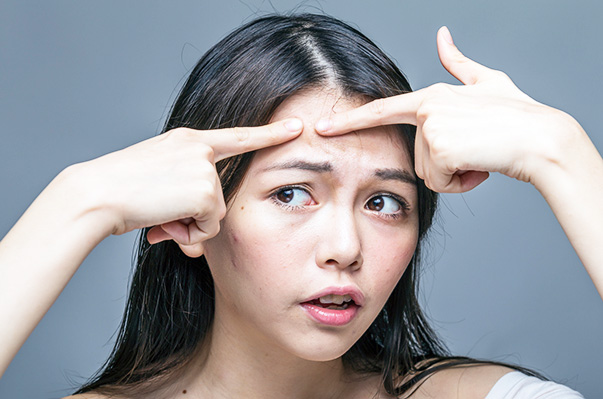 Zits, also called pimples, are problems for most people, whether men or women; but, this concerns women because they are more attached to aesthetics. Zits make a person conscious on how she looks, so it may affect her daily activities and the way she deals with other people. The following are the causes, signs and symptoms, and home remedies of zits.

Zits is caused by the accumulation of dirt, oil, and bacteria on the skin surface. According to Medical News Today, the sebaceous glands, located at the base of the hair follicles, may become overactive secondary to hormonal imbalance. This event is related to puberty and pregnancy, a reason why zits are common in adolescents and in some pregnant women.

Zits present a number of signs and symptoms. According to New York Times, these include crusting of skin bumps, papules or small red bumps, cysts, pustules, redness around skin eruptions, skin scarring, whiteheads, and blackheads. As per the publication, these usually appear on the face and shoulders; they can also be found on the arms, trunk, legs, and buttocks.

Anti-acne agents are available in the market to combat pimples or zits; however, remedies can also be done at home to help manage the condition.

One remedy for zits is apple cider vinegar. According to Everyday Roots, it acts as a powerhouse when it comes to being a remedy to acne. As per the publication, the vinegar has the capacity to kill the bacteria that cause the condition. Apple cider vinegar also becomes alkaline and balances skin pH, which makes it hard for the bacteria to thrive. To use the remedy, the person washes her face with water and pats it dry. Then, she uses a ratio or one part vinegar to three parts water, dips a cotton ball into the vinegar, and applies it directly on the affected area. It is left on for at least ten minutes or overnight and is reapplied for several times a day. A moisturizer can be used afterwards if the skin appears dry.

Honey also acts as a remedy for zits. According to Reader’s Digest, honey has antibiotic properties that help manage acne. The person just has to apply honey to the affected areas. As an option, she may also make a mask by mixing half cup of honey with a cup of plain oatmeal and leave the mixture on fr 30 minutes.

Ice cubes also help manage zits. According to Natural Remedy Ideas, they help reduce swelling, contract excess oil and microorganisms from the affected skin, and dry out a pimple fast. The person may use them for pimples that have not yet infected completely. As per the publication, the person wraps the ice in a piece of cloth and holds it on the affected area for a few seconds. Then, the person holds it for a few minutes and is repeated as many times throughout the day; the pimples are expected to disappear in one to two days.

Zits are products of accumulated oil, dirt, and bacteria on the face and they are unsightly; thus, they are likely to interfere with the person’s activities of daily living and social interaction. For zits that cannot be removed by remedies and simple interventions, it is best to consider seeking medical consult from a skin doctor for proper assessment, diagnosis, planning, intervention, health education, and evaluation.

Materialism Does Not Lead to Happiness