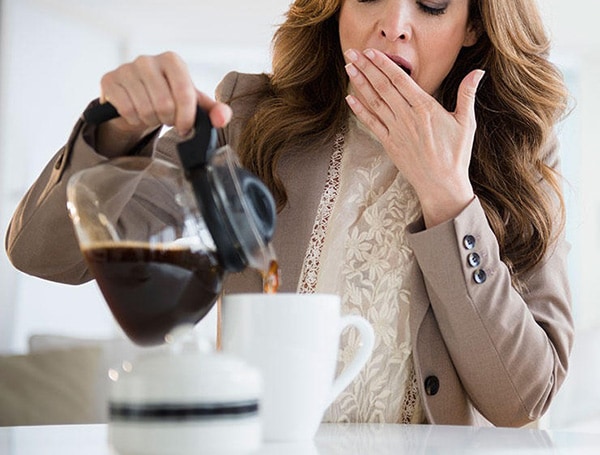 We all know that getting a good night’s sleep makes you feel refreshed and revitalized. But what if you woke up the following day feeling so tried despite of getting plenty of shut-eye? Chances are it’s not lack of sleep that is the problem, but a few saboteurs that take place while you are in dreamland.

The following are some of the things that can make it a huge struggle for you to get out of bed in the morning:

Experts say that up to 25 percent of those who claim they can’t seem to enjoy a good night’s sleep have acid reflux and not know about it. Such is referred to as silent reflux — it causes no symptom associated with acid reflux, except for that metallic or bitter taste in the mouth. So if your mouth has a nasty taste in the morning and you don’t feel refreshed, it could be your silent reflux is constantly waking you up in the middle of the night.

In the medical community, teeth grinding is called bruxism, and it’s something that can sabotage a good night’s sleep. You are not aware that you are grinding your teeth while you are asleep, until the person you share the bed with informs you about it. Also, a dentist can tell if you have bruxism based on the condition of your pearly whites. By the way, bruxism can also cause other unfavorable symptoms such as an achy jaw and a nasty headache.

Just like bruxism, the only way you will know exactly that you snore while you are asleep is by hearing the truth straight from someone else’s mouth. Snoring is a common symptom of sleep apnea, a disorder wherein your breathing is shallow or actually pauses during sleep. If you commonly wake up in the morning feeling tired and your mouth is dry, chances are that you are snoring in your sleep and may be suffering from sleep apnea.

Some people rely on alcohol to help them fall asleep at night. While it’s true that drinking alcohol can promote sleepiness, experts say that it can disrupt your normal sleep cycles. In other words, it can keep you from attaining deep sleep. As a result, you wake up the following day feeling unrefreshed. And if you drank plenty of alcohol, you would also have to battle various hangover symptoms, not just that exhausted feeling when the alarm clock goes off.

There are instances when a non-refreshing sleep is due to having the wrong sleeping position. Most cases of it, according to experts, are due to the misalignment of the hips when sleeping on one’s side, which can be corrected by placing a pillow between the knees. Sometimes it’s also due to using the wrong pillow for your head. Opt for a pillow that gives proper support for your head in order to keep your entire spine aligned properly.

Just about any electronic device of yours with a display panel emits blue light, something that can disrupt the production of melatonin, your sleep hormones. You may feel like you just had a long, quality sleep but the fact is you hadn’t — that feeling of exhaustion is a telltale sign. So the moment you hop into bed, stop using your smart phone, laptop or television to save your melatonin production from being disrupted by blue light.

These are just some of the possible reasons why you wake up feeling tired in the morning. Different ones require different solutions. For instance, a dentist is the one who can help put bruxism to an end, while a sleep specialist is the person who can help you manage snoring and sleep apnea.

All You Need to Know About Breast Cancer

Habits That Make You Look Old

Get a Streamlined Neck Without Paying for a Neck Liposuction

Things You Need to Throw Away to Achieve Better Health