Telltale Signs That You’re Consuming Too Much Sodium 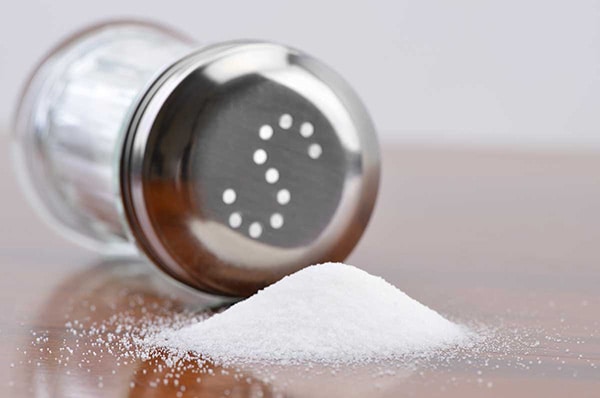 Most Common Menstrual Period Woes and Ways to Survive It

Tips from the Pros: How to Curb Food Cravings Fast

A lot of sodium can be found in processed foods in order to make them taste so much better as well as to extend their shelf lives. Needless to say, opting for a healthy diet can save you from consuming more sodium than necessary.

It can be very challenging to keep track of your total sodium intake for the day. But to be sure, simply steer clear of foods and beverages that contain lots of sodium — most of them are served at your favorite fast food joint. Additionally, you can be on the lookout for the following indicators that you are getting more sodium than your body needs:

Too much sodium can wreak havoc to your body’s normal fluid balance. Because of this, you become really thirsty — it’s your body telling you that it needs some internal balancing to carry out.

You Tend to Pee More Frequently

Naturally, water that you put in your mouth will have to exit your body after some time. Since a diet that’s high in sodium can leave you guzzling down water all the time, you also tend to rush to the bathroom to pee more often.

Accumulation of fluid in the body is known in the medical community as edema. There are numerous conditions that can cause edema, but sometimes it can also be due to excessive intake of sodium. If you feel that your pants or shoes suddenly no longer fit properly, it could be a sign that your diet consists of too much sodium-rich foods.

You Have Kidney Stones

Experts say that high amounts of sodium can cause protein found in the blood to increase. If it happens all the time, all sorts of problems can arise, and one of them is the formation of kidney stones.

You Suffer From Kidney Disease

Having abnormally high levels of protein in the blood can be damaging to the kidneys after some time. Protein molecules are too large, and the kidneys have to work really hard just to get excess ones out of your bloodstream. If high protein in the blood is left uncontrolled due to a high-sodium diet or any other cause, your kidneys can get damaged.

You Have High Blood Pressure

You are at Risk of Heart Disease

It’s perfectly normal for your blood pressure to increase temporarily, such as when you’re excited, nervous, tired or stressed. However, blood pressure that is constantly high can cause damage to the blood vessels and heart disease.

You Have Gastric Ulcers

According to certain studies, the inclusion of a lot of high-sodium foods in the diet can have a negative effect on your digestive system. Experts say that there is a link between high sodium intake and gastric ulcers. In other words, eating salty foods is not only bad for your heart, but for your digestive system, too!

You Have a Brain That Works Sluggishly

In 2011, a study conducted in Canada found out that the consumption of excessive amounts of sodium can also impede proper functioning of your brain, leaving you with poor memory and inability to concentrate. Experts involved in the study also said that too much sodium plus a sedentary lifestyle can put one at risk of cognitive decline.

Sourceuhhospitals.org
Previous article
Do You Wake Up Feeling Tired? Here are 6 Possible Reasons Why
Next article
Home Remedies for a Burnt Tongue

Embarrassing, Dark Areas on Your Skin? The Best Remedies are Natural

Common Causes of Pain in the Big Toe Joint

How to Use Baking Soda to Get Rid of Dandruff