Reasons Why Your Belly is Bulging (Aside From Pregnancy and Obesity) 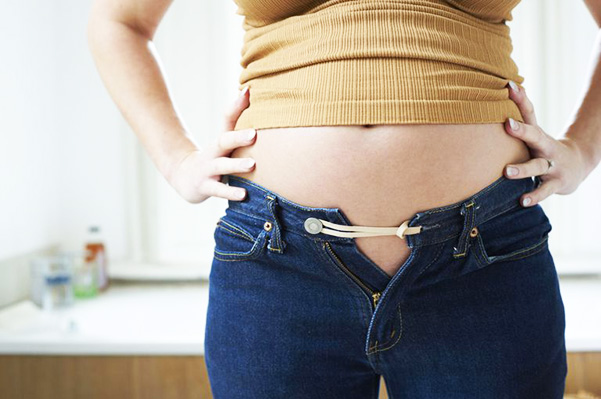 Especially if you are also experiencing an unusual symptom or two, chances are that your bulging abdomen is an issue that can be linked to a problem concerning the digestive system.

Most definitely, it’s not a good idea to self-diagnose. So if your belly that’s sticking out is bothering you for days now, pay your doctor a visit as soon as possible.

To give you an idea on what could be the reason behind such, continue reading. Below you will come across some of the probable reasons why your belly is protruding.

Gas takes up space, and having a lot of it in your gut can definitely make your abdomen bulge. Also called flatulence, too much gas can cause you to pass wind often.

There are many reasons why excessive amounts of gas end up in your belly, such as the intake of gas-forming foods like beans, chewing gum, consumption of carbonated beverages, and eating very quickly.

Aside from passing wind more often than normal, it can also leave you with mild abdominal pain or discomfort, which can be alleviated when you allow gas to escape down there.

Do take note that there a instances in which excess gas can be due to a digestive system problem, and some of them you will find being talked about below.

Short for irritable bowel syndrome, IBS is one of the most common reasons behind severe abdominal bloating. In fact, it’s not unlikely for you to reach for a different dress or pant size each time because of it!

According to doctors, IBS is due to a problem with the way your intestines work. The good news is there is no damage to the intestinal structure, so it’s nothing that should leave you anxious.

Unfortunately, IBS tends to come with an array of really unfavorable symptoms, and the accumulation of gas in the belly is one of those that can bug a lot of people who are suffering from it.

Aside from a bulging tummy, some other common symptoms of IBS include fatigue, abdominal pain or discomfort, and changes in bowel habits such as alternating diarrhea and constipation.

One of the most common symptoms of crohn’s disease is a protruding belly due to inflammation of the intestines and also the accumulation of excess gas.

Needless to say, it’s of utmost importance for crohn’s disease to be put under control through dietary changes and the intake of medications. Unfortunately, no treatment for it currently exists.

Sometimes referred to as gluten sensitivity, celiac disease is a problem with the intestines. It is brought about by the ingestion of a type of protein called gluten.

Gluten is something that can be found in the likes of wheat, rye and barley, as well as triticale which is the product of the crossbreeding of wheat and rye.

Also Read   Is It Safe to Have an X-Ray When You're Pregnant?

If you have celiac disease, you will know it for sure because you will experience all sorts of unfavorable symptoms the moment that you consume anything that has gluten in it.

Aside from abdominal bloating, you may also have bouts of stomachache, vomiting, chronic diarrhea or constipation, weight loss, fatigue, and even mood swings.

WARNING: Make sure that you consult a doctor if your bulging belly is accompanied by unusual symptoms, most especially after your consumption of certain types of foods. And by the way, there are instances in which a protruding belly is an issue that is not related to the digestive system, so make sure that it is checked.

9 Ways to Help Reduce Muscle Tension After a Workout

Do You Like Picking at Your Skin? You May Have Skin Picking Disorder