Tips to Having a Healthier and Better Functioning Heart 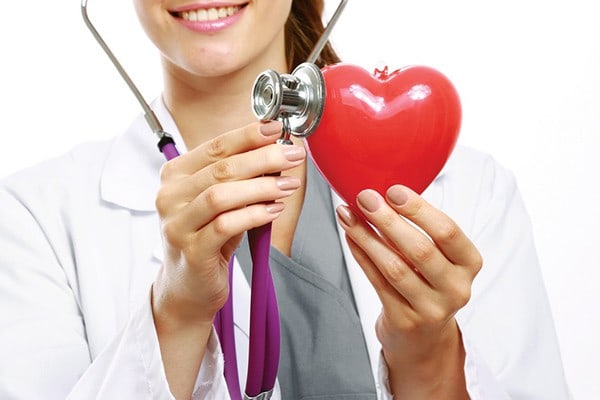 Cardiac disease is probably one of the most known reasons of demise of people all over the planet. Everybody may fall victim to heart disease and if you think that you can be an exception, then you’re in for a rude awakening. In fact, heart disease kills far more women annually than cancer does. But all is not lost in the war against heart problems, since preventing the onset of cardiac dilemmas gets easier over time.  You’ll find that the tips below can be very helpful in ensuring that you won’t succumb to heart problems in the future:

The National Heart, Lung and Blood Institute recently sponsored a study which established that amongst people who do not consume a lot of saturated fats, those who eat more than three servings of yougurt, milk or cheese on a daily basis had a systolic BP (the top number) that’s almost four points lower than those people who only consume half a serving of the said foods daily. Why are these figures important? Because a massive increase in one’s blood pressure can clog and damage your arteries which makes you at  risk for strokes and heart attacks. Researchers have concluded that ingesting low-fat dairy is a great choice because of its lower saturated fat content.

A round of tai-chi can help reduce your blood pressure. If you’re somehow living under a rock for years now, tai chi is a form of Chinese martial arts which includes a series of slow, yet relaxing movements. The effectivity of tai chi as a blood pressure reducing activity was put to a test when a group of individuals were requested to subject themselves to 12 weeks of tai chi exercises. The results came back with the participants displaying a major decrease in their systolic BP versus those people who did not participate in the experiment.

Pomegranate juice seems to be a very good choice when it comes to combating the development of arterial hardening.  The Proceedings of the National Academy of Sciences have recently published a study showing how the consumption of pomegranate juice have reduced the build-up of plaques on  mice, the experiment’s subject at the time, by at least 30%. Another experiment showed how heart cells that have been treated with the juice exhibited an increase of 50% in terms of nitric oxide production, the substance that is said to aid in fighting the build-up of harmful plaques.

Try to be happy and laugh a lot.

This is a no-brainer that not a lot of people seem to understand. Laughing increases one’s blood circulation, and better circulation equates to good heart health.  Based on the studies conducted by the University Of Maryland School Of Medicine in Baltimore, it is recommended to have at least 15 minutes of laughter each day to keep the heart happy and healthy.

Sleep is essential not only for maintaining beautiful skin but really, sleep is when all your organs try to heal and recuperate. It is said that adults who sleep less (5 hours and below) each night are more prone to developing heart ailments compared to those who are getting at least 8 hours of quality sleep each night. Too little sleep can create an imbalance in your hormones, blood sugar levels, as well as your blood pressure.

If you can reduce your blood pressure levels by just doing 10 breaths per minute for about 15 minutes each day for 2 months, would you be interested in giving it a go? Sounds easy enough, right? Experts from the National Institute of Aging said that shallow breathing (more breaths in a span of a minute) may hamper your body’s elimination of salt which is a known trigger for high blood pressure.